In our previous post about powder horns, we noted that these were containers used to carry black powder. As we noted previously, powder horns are actually made out of animal horns (usually cattle, bison or deer). There are containers made of other materials too, which are called powder flasks. We will study them in this post.

We actually saw one example of a powder flask in our last post: 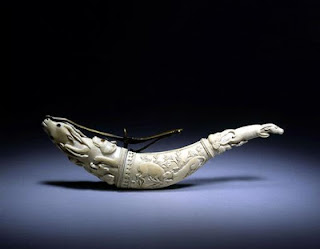 The above flask is from India and is made of ivory, with some brass and amber fittings. This flask dates to India's Mughal period. These flasks tended to have fine carvings of animals and hunting scenes, such as the two examples below: 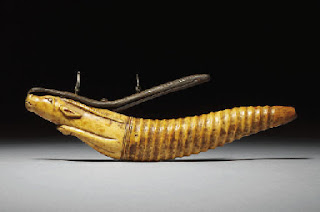 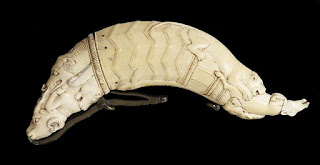 
The above images show two more Indian powder flasks, made of ivory with brass and amber fittings. Pressing on the brass handle opens the mouth of the carved animal figure and dispenses some powder.

In Europe and America, powder flasks tended to be made of copper, tin or brass, such as the examples below: 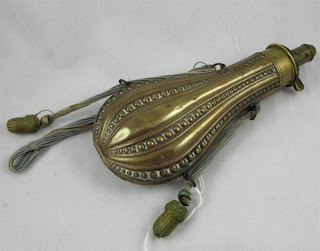 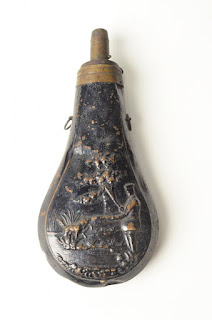 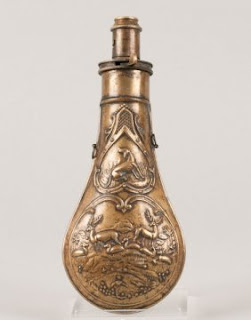 Flasks made of brass, tin and copper. Click on images to enlarge

As can be seen by the images above, such flasks were commonly decorated with carved hunting scenes or pretty patterns. Some powder flasks were even made of lacquered wood, coconut shells, bone, leather etc.