In the last seven posts of this series, we've looked at various parts of a cut-rifling machine, as was typically used by gunsmiths from the 16th century to a good part of the 20th century. As we have noted repeatedly in this series, the tools and techniques used to make the various parts of the machine were well known and fairly commonly available to people. The skills to make the various parts of the ancient cut-rifling machine were also known to carpenters, wheel-wrights, clock-makers and blacksmiths. In the early days of gun-making, blacksmith guilds worked in collaboration with carpenter and clock-making guilds to make firearms, before the advent of separate gunsmith guilds, which combined the skills of the other trades into their own specialized guilds.

In today's post, we will study how all the parts that were described in the previous seven posts, would have been combined together by an ancient gunsmith, to make a serviceable cut-rifling machine. The following diagram shows the assembled machine: 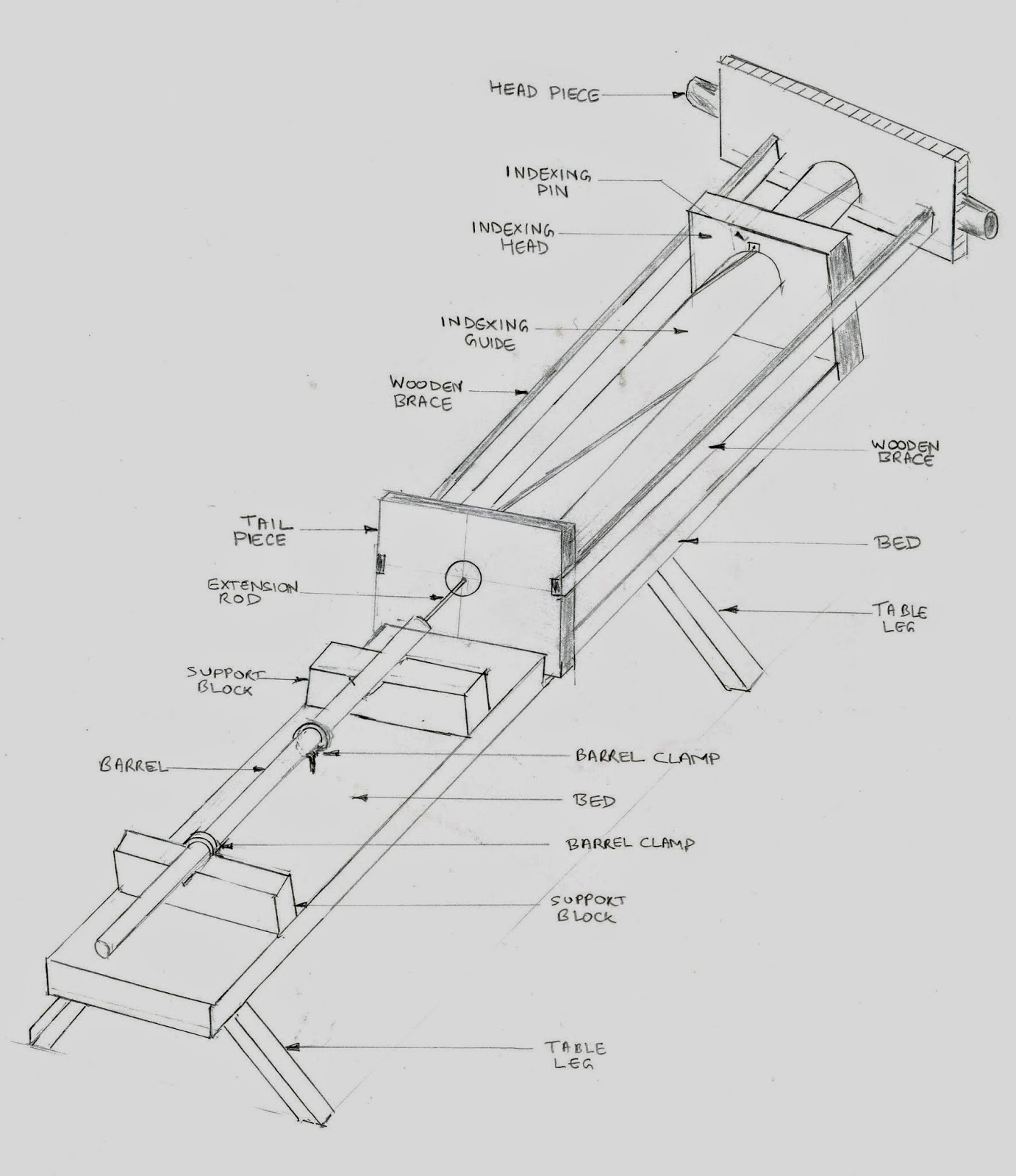 Click on image to enlarge. Image is not to scale.
Author places the image in the public domain.

A few points to note: In the absence of modern lubricants, the ancient gunsmiths were known to use tallow or lard as lubricants instead. We already saw how tallow was made in an earlier post. Lard was made in a similar process (the main differences being, lard is made of pig fat, whereas tallow is made of beef or mutton fat and different parts of the pigs, cattle or sheep are used for lard or tallow as well). The rifling cutter tool would have been liberally coated with tallow or lard, to reduce friction and to cut more efficiently. Lard and tallow were also historically used in many cooking recipes (as a bit of trivia, McDonalds used to cook their fries in tallow until about 1990), so they would have been easily available to ancient gunsmiths.

As the head piece is pushed forwards and backwards, it causes the indexing guide to rotate at a fixed rate. This motion is transferred to the rifling cutter (which is inside the barrel) via the extension rod, to cut a rifling groove. 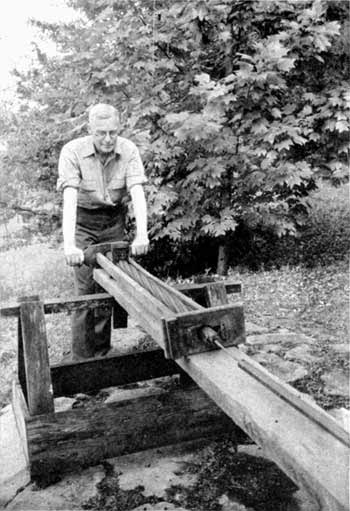 The above picture shows a traditional rifling machine, as built by American backwoodsmen in the Great Smoky Mountains area between North Carolina and Tennessee.

In the next post, we will study some pictures of the build process, as well as a couple of videos showing an ancient rifling machine in action. Until then, happy reading.