We haven't covered any myths for a while, the last article was over 2 years ago. In today's post, we will cover a scene that often shows up in movies and TV. Check out the two screen captures from the popular TV show Sherlock, starring Benedict Cumberbatch as Sherlock Holmes and Martin Freeman as Dr. John Watson. 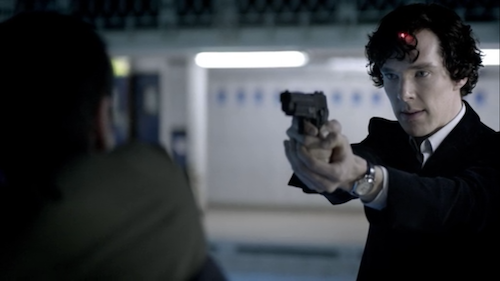 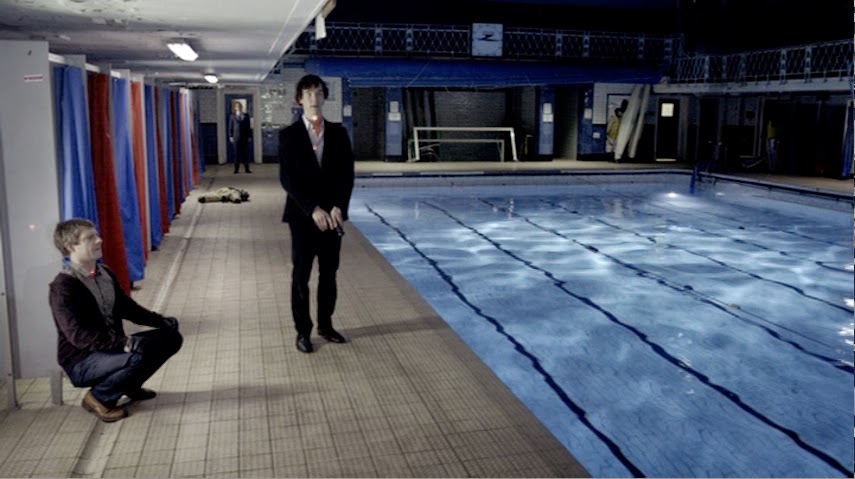 In the scene, Sherlock Holmes has just arranged a meeting with his arch enemy, Moriarty, and plans to use his pistol on him. Unfortunately for Sherlock Holmes, Moriarty has planned for this and has positioned snipers in the buildings around, and they are pointing their red laser sights at Holmes and Watson.

Now, we look at another scene from a different movie, Captain America: The Winter Soldier. 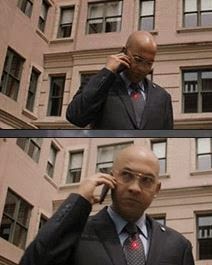 Here we see that agent Jasper Sitwell is taking a phone call that informs him that he has just been targeted by a sniper and he looks down to see a red dot visible on his tie.

So, do snipers actually use red lasers on their sights? Let's see what the real story is.

First, red lasers are not really very visible in bright daylight, a fact we covered a while ago. Green lasers are a bit more visible, but use up a lot more battery power. So, the scene from Captain America, where a bright red laser dot shows clearly in broad daylight, is a bit of Hollywood movie magic and is not possible in real life.

Now let's look at another thing about laser sights. They are useful to acquire targets quickly at short range, because the user can see exactly where the weapon is pointing at, without peering through the weapon's other sights, especially in low light conditions.

However, laser sights are not useful for long range snipers, due to a few reasons:


For these reasons, the scenes with the snipers are highly questionable. They look pretty good on TV though.