The History of Saltpeter - V

In today's post, we will look at the early history of saltpeter production in the US.

When the early colonists from England arrived in the US in 1620 and established a colony in Plymouth, Massachusetts, they brought supplies of gunpowder from Europe. However, as the Massachusetts Bay Colony began to grow, it became necessary for the settlers to start manufacturing their own gunpowder locally, because they could not depend on supply ships reliably coming across the ocean from England.

Since there were no known deposits of natural saltpeter in the area, the settlers began to make saltpeter plantations, using the same techniques that were in use in England. The first reference to saltpeter manufacture comes from an order of the General Court of Massachusetts, dating from June 6th, 1639, where it granted 500 acres of land at Pecoit to one Edward Rawson, "so as he goes on with the powder if the saltpeter comes." By 1640, a saltpeter house was operational in Boston. By 1642, the General Court of Massachusetts  passed an order to promote public safety "by raising and producing such materials amongst us, as will perfect the making of gunpowder, the instrumental means that all nations lay hold on for their preservation etc., that every plantation within this colony shall erect a house in length 20 or 30 foote, and 20 foote wide within one-half year next coming, &c., to make saltpeter."

In 1666, we see two more orders passed in the General Court of Massachusetts. The first dating from May 23rd states, "whereas, there is necessity of having supply of gunpowder in this jurisdiction, and forasmuch as Sergt. Richard Wooddey, of Boston, in the county of Suffolk, and Mr. Henry Russell, of Ipswich, in the county of Essex, have been and are upon the work, and in preparation for saltpeter, for their future encouragement, or any other that shall appear to attend the promoting thereof, this Court doth declare and order that the said Richard Wooddey and Henry Russell are impowered to go on and proceed in the said work." It then grants them special permissions to build their business. The second order from October 10th states that "whereas the Court hath encouraged and authorized some persons to make gunpowder, and have promised to enable them thereunto by such public and necessary orders as may conduce to the effecting of the same, the consideration whereof hath moved the Court hereby to order and enact, that the selectmen of every town (where the powdermakers authorized by this Court shall desire it) be authorized and required hereby to make and execute such orders in their respective towns as they shall judge meet, with the advice of skilful men, for increasing and procuring of saltpetre, and to impose such penalties as the selectmen shall deem meet, not exceeding ten shillings for one offence, upon all persons that shall neglect or refuse to perform such order or orders for the propagating and increasing of saltpeter in their respective towns; and moreover, the said selectmen are further impowered to choose and appoint an officer or officers, and to allow him a convenient stipend annually for his pains out of the fines or otherwise, to look to the executing such orders as they shall make in their behalf."

The next big event we see is from 1675, when a powder mill was built in Milton, Massachusetts. It was water powered and built near the Neponset river. In August 1675, Governer Leverett wrote to this friend and revealed, "We are upon a work for making powder and have erected a mill in order thereunto at Neponset, about six miles from Boston. Our difficulty will be for peter, which we must, in our beginning, have from without us, but hope, in time, may raise it amongst us." The last sentence shows that the sources of saltpeter for this mill were still uncertain at this point.

Interestingly, as the colonies developed, Great Britain started to produce gunpowder based on cheap saltpeter imports from India (we will study that trade soon). Therefore, it actually became cheaper for Americans to import their gunpowder from England and this led to many powder mills in America closing down. Then, when the American revolution started, there was only one gunpowder mill in America, the Frankford Powder Mill, built by Oswald Eve in Frankford, Pennsylvania. However, this mill was pretty small and could only supply the American forces with small amounts of gunpowder. It was recorded that Oswald Eve signed a contract on January 11th 1776, with the Continental Congress, to supply gunpowder at $8 per hundredweight. In order to ensure that his was not the only mill to make gunpowder, Congress approved the construction of the Continental Powder Mill on February 16th 1776, on French Creek, eight miles from Valley Forge, based on the techniques learnt from inspecting Eve's mill. As it happens, Congress wasn't entirely certain about Eve's patriotism and suspected that he was dealing with the British as well. Therefore, eight other mills operated by other private businessmen were also contracted to supply additional materials. Eve's mill was later seized by the British forces in September 1777, when they captured Philadelphia. Eve was subsequently accused of treason by Congress for trading with the British and had to flee the US.

It must be noted that the new powder mills could not supply the needs of the Americans, because they couldn't obtain enough saltpeter. Desperate for gunpowder, American forces tried to get it by capturing supplies from the British. Both George Washington and Congress ran separate operations to raid a British magazine on the island of Bermuda. When the situation was very dire, help came from the other European nations. Dutch merchants were already trading with American ships and then, the French got into the act. The French had built up their saltpeter plantations with the help of gifted chemists such as Antoine Lavoisier (the father of modern chemistry) and they had plenty of supplies of saltpeter and gunpowder. The French were able to supply enough to meet the needs of America. In fact, if it wasn't for French supplies of gunpowder, American forces would never have been able to continue the war of independence.

The importance of being self-reliant on gunpowder was not lost on America's founding fathers and therefore, efforts were made to build up supplies after the American revolution. American ships began to import raw saltpeter from India, but the quality of gunpowder produced was not very good. Then, in 1800, a rich Frenchman named Éleuthère Irénée du Pont escaped with his family from the French revolution and came to America. 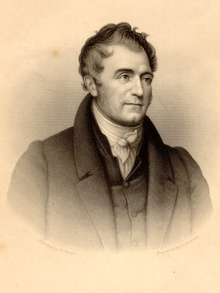 Before he came to America, the young du Pont had studied for some years under the famous chemist, Antoine Lavoisier, who was a friend of his father. He had also worked in the Regie des poudres, the French government agency responsible for manufacturing gunpowder. From Lavoisier, he learned the latest techniques in manufacturing nitrates. Later on, he gave up his chemistry career and began to help his father run a publishing house. Then the French revolution happened and he and his father were arrested and nearly executed. They decided to flee France with their families and come to America. Meanwhile, his former mentor, Antoine Lavoisier, was not so lucky and was executed by guillotine during the French revolution.

When Du Pont first came to America in 1800, he didn't actually want to go into the gunpowder manufacturing business. As it happened, the quality of gunpowder manufacturing in the US was very bad. The story goes that Du Pont went hunting with a certain Major Louis de Tosard, who was a former French artillery officer who had also escaped from the French Revolution and was employed by the US army to buy gunpowder supplies. During the hunting trip, Du Pont's gun misfired and he commented that despite the high price of gunpowder in the US, it was of very poor quality. That's when he thought about his earlier career in making gunpowder in France. He arranged with Tousard to tour American gunpowder factories and came to the conclusion: "There already exist in the United States, two or three mills, which make very bad powder and which do however a very good business. They use saltpeter from India, which is infinitely better than that which is produced in France, but they refine it badly."

Du Pont decided that he could use his experience from France to better refine the saltpeter and thereby produce higher quality gunpowder. With his father's support, he began to raise capital in France to build a new factory in America and also arranged to import machinery from France. The new E.I. du Pont de Nemours and Company gunpowder mill was established in 1802 on the Brandywine Creek in Delaware. Initially, the mill was just a saltpeter refining factory, but they soon moved into manufacturing gunpowder as well. Within a few years, his company became the largest gunpowder manufacturer in the United States and the Federal government became one of his biggest customers. The company he founded would go on to become one of the largest and most successful American corporations in history and is currently the world's fourth largest chemical company.

Other American companies that were founded after Du Pont include the Hazard Powder Company (founded 1832), the Oriental Powder Company and the Laflin Powder Company (the last two being owned by members of the Laflin family, who had a history of making gunpowder since the American revolution). By the time of the Civil war, these four companies were supplying most of the gunpowder to the Union side.

In our next post, we will study how saltpeter was manufactured by the Confederate forces, during the Civil war.