The History of Saltpeter - VII

In our last post, we looked at how instructions by Professor Joseph LeConte enabled the Confederate States of America to obtain saltpeter. However, that was not the only way that they obtained their saltpeter. We will look at a couple of other methods in today's post.

The Confederate States of America had formed the Nitre and Mining Bureau during the Civil War, to help with production of war materials such as saltpeter, sulfur, iron, lead, copper etc. Along with distributing instructions to farmers on producing saltpeter in their farms, they also tried to obtain it in other ways.

The first way was by mining in caves. Caves that contain a large population of bats, naturally have bat dung collecting on the floor for centuries. If the floor of the cave is made of limestone, this means that the ground will be slightly alkaline. Coupled with the facts that the temperature and humidity of caves tends to stay consistent and caves also provide shelter from sun and rain means they provide pretty good conditions for the growth of certain types of bacteria that decompose organic dung into saltpeter.

One of these caves was Lookout Mountain Cave near  Chattanooga, Tennessee. The owner of this cave was one Robert Cravens, who contracted to supply the Tennessee Military and Financial Board with 20,000 pounds of saltpeter in 1861 and later handed it over to the Nitre and Mining Bureau in 1862.

Another cave was Nickajack Cave, which is located in Marion County, Tennessee, just west of Chattanooga. This cave was first mined for saltpeter by Colonel James Orr in 1800. At this time, the land was owned by the Cherokee tribe and mining was done with their permission. Saltpeter from this mine was used by US forces during the War of 1812. By the time of the US Civil War, the mining operation on this cave was also run by the above mentioned Robert Cravens, and he later on handed over the saltpeter mining operation to the Nitre and Mining Bureau as well.

Another cave that is located in Eastern Tennessee is Worley's Cave (which is also known as Morrell's Cave or Morrill's Cave). This cave was originally on the property of one Elias S. Worley. Later on, a local resident named John Morril led many explorations of the cave during the early 1900s, which led to different variations of the spelling, Worley's Cave, Morrell's Cave, Morril Cave, Morril's Cave etc. The US Board on Geographical Names settled on officially calling it Morrell's Cave in 1980, but several locals refer to it by the original name, Worley's Cave. This was a very important source of saltpeter during the Civil War.

Organ Cave in Greenbrier County, West Virginia, was also known for its niter. General Robert E. Lee's men mined this cave. The soil is rich in calcium nitrate, which was then converted to potassium nitrate by combining with wood ash.

One of the major areas for armaments production in the south was Selma, Alabama. There was a large iron works and foundry in Selma, it was somewhat centrally located and also had good railroad connections. There was an army arsenal, a shipyard and factories to produce gunpowder here. Several Confederate rifles, cannon and ironclad warships were produced here. While there were niter beds in and around Selma, these were not enough to meet confederate needs, therefore, more niter beds were needed and for this, more raw materials (i.e. dung and urine) were needed. Enter a lawyer named Jonathan Haralson. 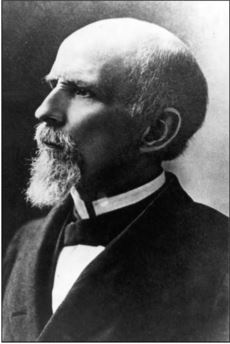 Jonathan Haralson was the son of Colonel William Browing Haralson and his wife, Temperance Martin Haralson, who were rich farmers. He went to the University of Alabama and became a lawyer in the early 1850s, settling in Selma, where he also was active in the local Church. During the Civil War, he became an agent for the Nitre and Mining Bureau in the Selma area. As saltpeter could not be procured in enough quantities from caves, he ran the following ad in a local newspaper called the Selma Sentinel on October 1st 1863:

"The ladies of Selma are respectfully requested to preserve all their chamber lye collected about their premises for the purpose of making Nitre. Wagons with barrels will be sent around to gather up the lotion"
(signed) Jon Haralson
Agent, Nitre and Mining Bureau

What he was suggesting was for the Southern women to collect and contribute their urine to the war effort. On seeing the wagons making their daily rounds through the streets of Selma, a local resident, one Thomas B. Wetmore, was inspired to write a poem, which became a somewhat popular song of that era, sung to the tune of "O Christmas Tree" (or "O Tannenbaum" for German speakers):

John Haralson! John Haralson!
You are a funny creature;
You've given to this cruel war
A new and curious feature.
You'd have us think, while every man
Is born to be a fighter,
The women, bless the pretty dears
Should save their pee for nitre.

John Haralson! John Haralson!
Where did you get the notion
To send barrels around our street
To fill them with that lotion?
We thought the girls work enough
With making shirts and kissing:
But you put the lovely dears
To patriotic pissing.

John Haralson! John Haralson!
Pray do invent neater
And a somewhat less immodest way
Of making your saltpetre.
Indeed, the thing is so very odd,
Gunpowder like and cranky,
That when a woman lifts her skirt
She shoots another Yankee!"


The reader can click the above link to hear a rendition of this song (though the above rendition contains one stanza that actually came later: read on for details)

Of course, Jonathan Harrolson wasn't going to let Thomas Wetmore get away with his poem, so he composed a reply in return (What? You thought only modern-day rappers have beefs with each other? This stuff has been happening for centuries.)

The women, bless their dear souls,
And everyone for war
To 'soldier boys' they'll give them shoes,
Their stockings by the score
They'll give their jewels all away,
Their petticoats to boot
They'll have saltpetre, or they'll shout,
In earnest phrase--'Wet more'!

The women, were it not for them
Our country would be lost;
They charm the world, they nerve our hearts
To fight at every cost.
What care they how our powder's made?
They'll have it, or they'll bore
Through mines or beds in stables laid,
And, straining, cry 'Wet more'!

Women, yes they stoop to conquer
And keep their virtue pure;
It is no harm to kill a beast
With chamber lye I'm sure.
But powder we are bound to have,
And this they've sworn before;
And if the needful thing is scarce,
They'll 'press' it and 'Wet more'!

Soon after this, a widow from the Union side, living in Boston, decided to stir the pot even more and composed her own poem:

Jon Haralson!Jon Haralson!
We read in song and story
That women's in all these years,
Have sprinkled fields of glory;
But never was it told before
That how, midst scenes of slaughter
Your Southern beauties dried their tears
And went to making water.

No wonder, Jon, your boys were brave
Who would not be a fighter
If every time he shot his gun
He used his sweetheart's nitre?
And, vice verse what could make
A Yankee soldier sadder
Than dodging bullets fired from
A pretty woman's bladder.

They say there was a subtle smell
That lingered in the powder;
And as the smoke grew thicker,
And the din of battle grew louder
That there was found in this compound
This serious objection;
The soldiers could not sniff it in
Without a stiff erection.

After the Civil war ended, Jonathan Haralson was elected as a judge in the Alabama Supreme Court, where he served for several years. Incidentally, a former slave owned by him, Jeremiah Haralson, who was freed in 1865, went on to become the first African-American member in the Alabama House of Representatives in 1870 and the third African-American Congressman in America in 1875. Judge Jonathan Haralson threw in his support for Congressman Jeremian Haralson, to ensure that he would be welcomed into the House of Representatives, and the congressman in turn, sought a general amnesty for former Confederates (who were temporarily barred from office), to help create harmony between blacks and whites, in an act of reconciliation after the war.

In our next few posts, we will study some of the developments of saltpeter mining in England and India.