Parts of the Firearm: The Barrel

In our previous post, we studied the bolt carrier group. In this post, we will study about the barrel of a firearm. We've actually talked a lot about barrels in a number of posts in the past, but never really discussed the parts of a barrel in detail. We will do that in this post.

A barrel is simply a tube through which a bullet comes out of. Most firearms these days have a single barrel, though shotguns do come in double barrel versions. This is in contrast to previous centuries when multi-barrel firearms did exist. In most cases, the barrels are cylindrical tubes, but there are also polygonal barrels and oval barrels which have been used in history. With that said, let us discuss the various terms that describe barrels.

Bore: This is a word that describes the inside of the barrel tube. The inside surface may be rifled (more modern) or smooth (i.e. smoothbore, which is what the first firearms were like).

Breech: This is the rear part of the barrel (i.e.) the end that is closest to the firing mechanism. Most modern firearms are loaded via the breech end of the barrel.

An exception to this are revolvers, which have multiple chambers in a separate cylinder. In this case, the chambers are not part of the barrel.

Freebore: In the case of rifled barrels, this is the area just forward of the chamber, but before the area where the rifling starts. It is a smooth area that guides the bullet forward where it engages the rifling.

Devices such as flash suppressors or compensators may be screwed on to the muzzle end of the barrel.

The length of a barrel depends on the type of firearm. Rifles and shotguns have barrels starting from around 17-18 inches in length and go all the way to 60 inches or longer. Revolvers and pistols tend to have barrels in the 3-5 inch range, though there are exceptions to this rule of course.

In the above image, we see the cross-sections of three different barrel types. The left one is a smooth bore barrel, the middle one is a rifled barrel and the right one is a polygonal barrel. 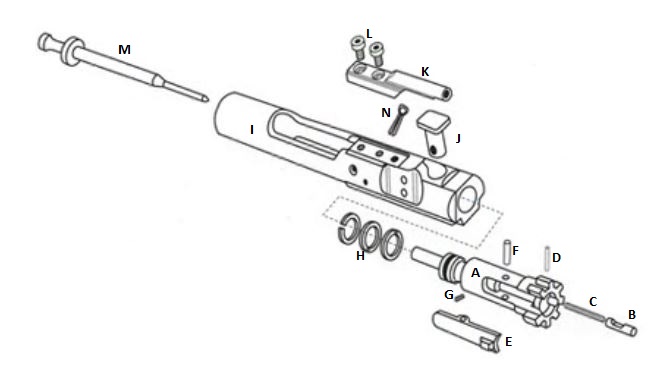 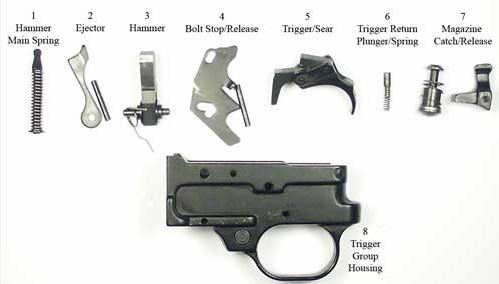 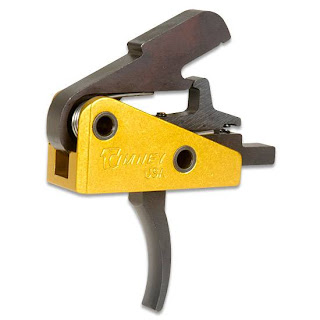 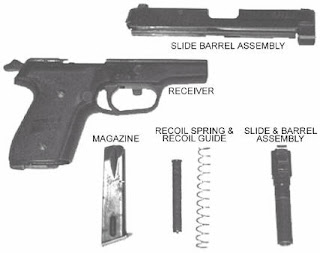 After our last couple of posts where we studied the development of the first truly American rifles, we will study an influential French musket called the Charleville Musket. Don't worry, there's an American connection to this as well, which will be mentioned later down this article.

The Charlevilles were actually a family of muskets that were used by the French military. The first in the series was the Model 1717, which was adopted (as you may already have guessed) in the year 1717 AD. This model was the first in the French military to be built to a standard pattern specification. It was a musket with a flintlock firing mechanism, a smooth bore barrel of .69 caliber (17.5 mm. diameter) and weighed somewhere between 9-10 lbs. (4-4.5 kg.). While the concept of rifling was already understood at this time, the decision to use a smooth bore barrel over a rifled one was deliberate. In those days, the fouling in the barrel caused by black powder took a while to clean and infantry commanders noted that the smoke produced by the firearms tended to negate the rifle's longer range and accuracy anyway. Also, rifling was more expensive to manufacture as well. Therefore, the designers chose to use a smooth bore barrel with this firearm. However, the smooth bore barrel lacked accuracy beyond 50-100 yards or so, therefore the solution was to line up men in a massed formation and tell them to fire at a target, hoping that at least some of them would hit something. A good trained person could fire only about three times in a minute, therefore there was a bayonet included for close range fighting. The stock was made of walnut wood and the butt was shaped so that it could be used as a club at close ranges.

These muskets were officially called the French infantry musket, but the reason we know them as "Charlevilles" is because of America. These muskets were originally produced by firearm factories located in various towns of France, notably St. Etienne, Tulle, Maubeuge and Charleville (in the Ardennes region of France). Although St. Etienne was the factory that produced the most muskets, it was the factory at the town of Charleville that contributed to this series of firearms being labelled as "Charlevilles". The reason was that during the American revolution, the French decided to aid the Americans. Due to the influence of the Marquis de Lafayette, large numbers of French muskets were shipped over to America during the early days of the revolution. Many of the US troops fighting in the revolution were armed with the model 1773 and 1776 muskets and the French forces aiding the US troops were armed with model 1777 muskets. It is a common misconception that American forces were mainly using Kentucky rifles that we studied about in the previous post. In reality, the majority of the firearms used by US soldiers during the American revolution were French in origin. Some of these muskets were made by the Charleville factory and had markings that indicated where they were made. Pretty soon, American soldiers started to call all muskets as "Charleville" whether they were made by the Charleville factory or not, and the name stuck.

The Charleville musket later went on to heavily influence the design of the Springfield Model 1795, which was the first firearm officially produced by the US Government for use by American soldiers. Like the Charleville, the Springfield Model 1795 was a .69 caliber muzzle-loader with a smooth bore barrel and a flintlock firing mechanism and weighed between 9-10 lbs. Interestingly, one of the contracts to manufacture this model was given to Eli Whitney in 1798 and led to him developing the concept of interchangeable parts and modern production techniques.

The Charleville musket design was also copied by Austria, Belgium, Prussia and Russia and they remained in service until around 1845. There are modern replicas still being produced today by various companies.