When a person fires a rifled weapon towards a paper target, the usual result expected is that a round hole corresponding to the diameter of the bullet will appear on the target. However, sometimes a larger hole appears, often the hole may appear longer in one direction than the other, such as shown in the image below: 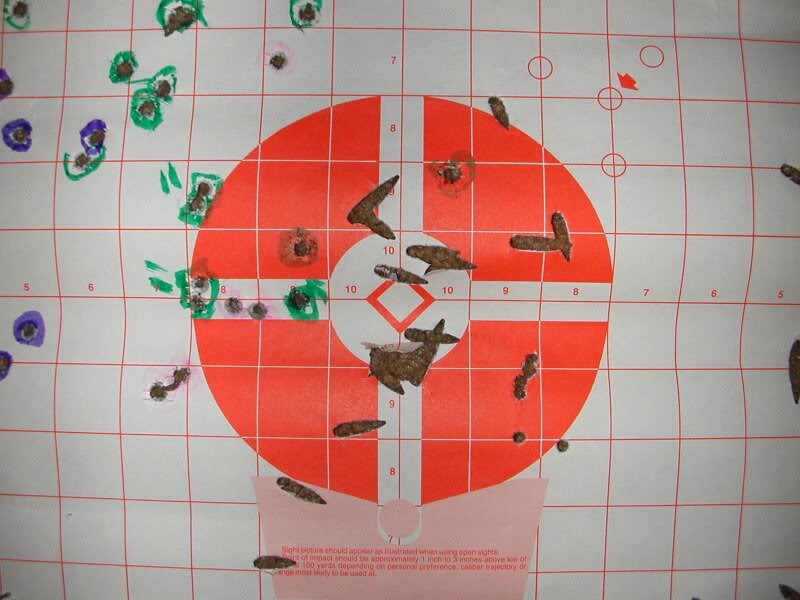 An example of keyholing. Click on the image to enlarge.

These larger holes sometimes resemble a keyhole and therefore, the effect is called keyholing. We will study the causes of keyholing in today's post.

By looking at the shapes of some of the holes in the above target, the reader may notice that some of those holes look distinctly like the shape of a bullet going through the target sideways. In fact, this is exactly what has happened.

Under normal working conditions, the rifling of the barrel imparts a spin on the bullet, which stabilizes it in the air and makes it travel with the nose pointed forward always. However, if the bullet is not stabilized properly when it comes out of the barrel, it will wobble in the air or repeatedly tumble over itself while traveling to the target. Thus, when it strikes the target, it may not strike it with the nose precisely pointed forward and will therefore leave a larger hole. 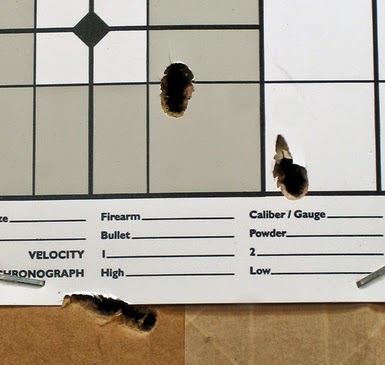 In the above image, we see three holes. Observe that all three holes are somewhat larger than the diameter of the bullet. The top most hole is shaped like an oblong and was caused by a bullet not flying straight when it impacted the target. The middle hole is more round, but still has a pointed hole on one end showing that the bullet was wobbling in the air when it hit the target. The bottom hole clearly shows that the bullet was toppling end over end and hit the target sideways.

So what causes the bullet instability through the air? There are several causes for this:


An unstable bullet is undesirable because it flies unpredictably in the air and therefore affects the accuracy of the firearm. An unstable bullet also loses velocity faster and it may not transfer as much energy to the target when it strikes it.

Keyholing is a sign that the bullets are not being stabilized properly. If a gun shoots maybe one keyhole in 500 shots, it may just be due to a bad bullet, but if it regularly shoots keyholes, then that means there is a problem with the barrel or bullets or both, which needs to be fixed.