What is a brass catcher?

Today's post will be on the topic of brass catchers, otherwise called shell catchers. What is a brass catcher and what does it do for the user?

A brass catcher is a device to collect the fired cartridge cases. They come in many shapes and sizes and price ranges. Cheap ones can be found for about $8.50 or so, and expensive ones can cost around $80.00 or so. The images below show some brass catchers: 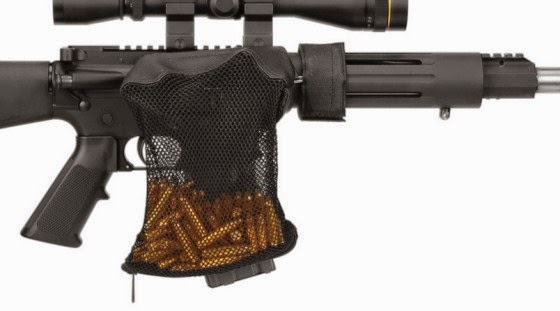 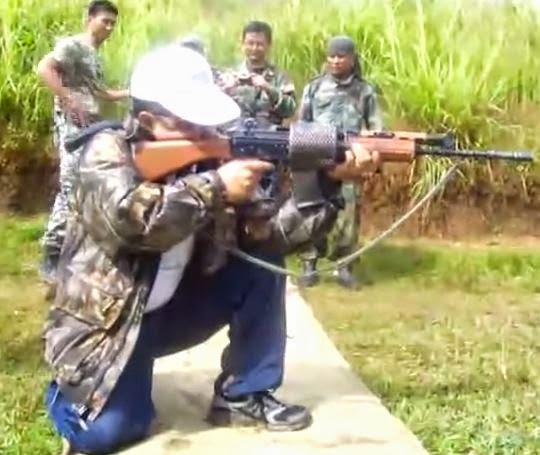 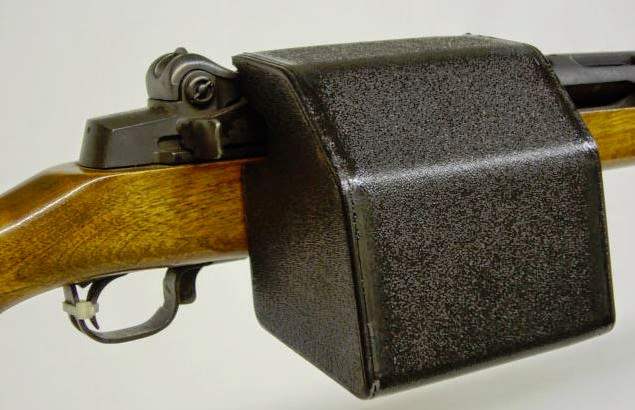 As you can see by the above images, they come in different shapes and sizes and are made of different materials. The first one is a mesh bag with an attachment that allows it to be hooked to the picatinny rail on top of the AR rifle. The second one is a metallic net shaped into a cylinder, that is attached to the ejection port on the gentleman's rifle. The third and fourth pictures show a plastic one that attaches to a Ruger Mini 14. Some more expensive shell catchers don't need to be attached to a firearm and come with their own frame and stand and can be positioned on the side of the shooter.

So what is the purpose of a brass catcher then? Well, they are pretty handy to have in a shooting range for a number of reasons:

First, while shooting is a lot of fun, a user still has to clean up the ejected cases afterwards. After all, responsible people don't want to damage the environment and leave their trash lying around. If these cases are collected automatically, cleaning up becomes a much quicker job.

Second, some firearms can eject spent cartridge cases quite far away (like 10-15 feet (3-4 meters) or so). If a range has multiple people at the firing line simultaneously and there are no panels in between the shooters, the hot cartridge cases from one user's firearm can end up getting ejected on to the next shooter's face or body parts, thereby disrupting their concentration and creating an unsafe situation. With a shell catcher attached to the firearm, the hot cases will not fly out and hit the next person in line.

Third, if the floor of the firing range is made of a hard substance, such as concrete or rock, then ejected cartridge cases may hit this hard surface and get dented, dinged and otherwise damaged. For people who like to reload ammunition, damaged cartridge cases cannot be re-used. Cases can also roll off somewhere and get lost. With the prices of brass and ammunition being more expensive these days, reloading cartridges is one way for shooters to cut down their costs, especially those who like to shoot large volumes of ammunition. Investing in a cheap shell catcher suddenly becomes worthwhile, as it quickly recoups its cost with the number of cases that it saves.

Of course, there is a caveat to using shell catchers as well. A shell catcher can alter the balance of a weapon somewhat (at least, for those models that attach to firearms), especially as it starts to fill up with empty cartridge cases. For this reason, it is considered good practice to empty the shell catcher periodically after every magazine or two.