Off For a Few Weeks

To the faithful readers of this blog... I'll be heading off to Europe on a much-needed vacation for a few weeks. Fear not though, I plan to carry my camera when visiting museums and historic sights and perhaps I'll find something interesting to talk about. See you guys and gals next month!
Posted by The Editor at 1:50 AM No comments:

In today's post, we will study the causes for inaccuracies when people shoot handguns. There is a handgun shooters chart, that helps shooters analyze what they are doing wrong. There are various variations of the same chart, but here's one public domain version, as designed by the US Army Marksmanship Unit.

The chart is pretty self-explanatory. For instance, if a right handed shooter is shooting too much to the left of the target, he or she is not placing the finger on the trigger correctly. However, some of these terms may need some explanation, so we will study those below.

Tightening grip when pulling the trigger: The shooter is tightening their hands along the grip, as the trigger is being squeezed. This causes the front of the gun to dip low and to the right.

Jerking: This happens when the shooter tries to fire the trigger as soon as the moving sights cross the target, adding excessive pressure to the trigger. This causes shots to end up low and to the left of the target.

Pushing: This happens when the shooter jerks the trigger finger forward, just as the gun fires. The solution is to practice a proper follow-through and hold the gun steady during and after the trigger is pulled.

Heeling: This is caused by the shooter putting too much pressure with the heel of the hand, while the weapon is being fired.

Posted by The Editor at 6:46 PM No comments: 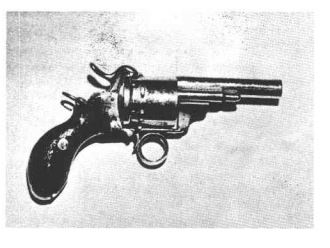 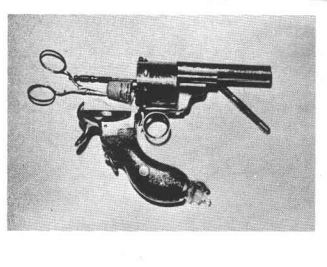