In this next series of posts, we will talk about a topic that is very key to effectively using a firearm. If you can't aim a firearm properly, you can't hit the target you intend. The key to aiming a firearm properly is a good sighting device.
Most typical weapons have two sights: a front sight, usually closer to the muzzle of the weapon, and a rear sight, closer to the breech of the weapon. In order to aim the weapon correctly, the user aligns the weapon so that the two sights are in line with the target.
In some cases, the weapon may not actually have two dedicated sights, but some other part of the weapon may serve double duty as a sight. For example, in the classic Colt Paterson revolver design, there is a small blade on top of the barrel that serves as a front sight, but no separate rear sight. However when the hammer is cocked, there is a notch cut on the hammer, which is at the appropriate height to be used as a rear sight. 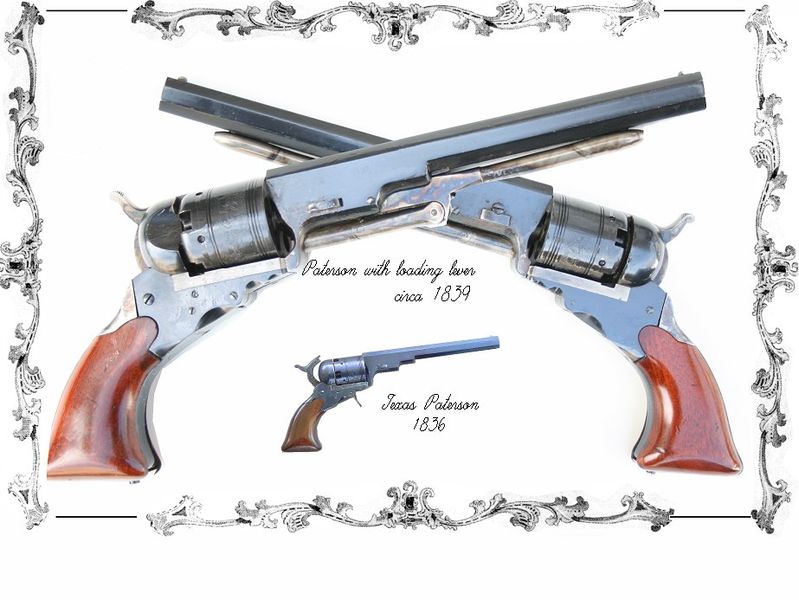 Early sights were mostly fixed sights, because the range of weapons was not that great. With the advent of firearms capable of firing at greater distances, firearm sights began to allow the user to adjust for range. Modern sights can be adjusted for both range (called elevation) and sideways movement (called windage). The image below is an example of an adjustable sight.

In this sight, there is a screw to move the sights horizontally left or right to allow for windage. The sight also can be folded flat or raised vertically and has multiple holes to accommodate different ranges. There is also an elevation adjustment screw to make minor range corrections. It is used as follows:

In the image above, the front sight is fixed and the rear sight is a folding adjustable type. If the soldier is firing at short range, he folds down the rear sight and aligns the folded rear sight and front sight with the target. Notice how the weapon is only tilted up slightly in this case. If he desires to fire at mid range or long range targets, he unfolds the rear sight vertically and looks through the appropriate hole in the rear sight and aligns the two sights to the target. Note that depending on the hole in the rear sight that he looks through, the front of the firearm is correspondingly tilted upwards and the range is adjusted for this way.
Modern sights also allow the user to adjust for windage. Basically, the rifling cut into a barrel makes bullets drift in a predictable manner. For instance, bullets fired from a given rifle may be known to drift between 4-5 cm. to the right, for a range between 200-250 meters. Therefore, to hit a target at a distance of 200-250 meters away, the user needs to aim about 4-5 cm. to the left to compensate for this drift. The effect of the wind blowing may also cause the bullet to drift a bit. By turning the windage knob appropriately, the user can adjust for the drift at different ranges.
Good sights should have glare reduction, so that they do not reflect too much light on the shooter's eyes in bright sunlight. On the other hand, they should not be so dark that it is hard to pick them up in low light conditions. For people like police officers and security guards, sights should not have sharp edges, in case they tangle up with clothes or gun holster, when pulling out the weapon. Good sights should also not lose their settings, once they have been adjusted appropriately.
In the next few posts, we will take a look at various types of sights and study their advantages and disadvantages.
Posted by The Editor at 9:29 PM