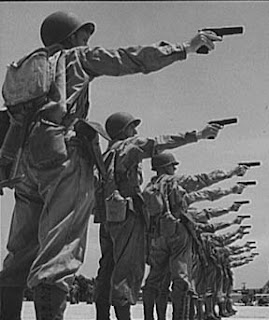 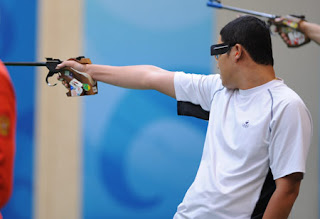 Notice how the shooter shoots with one hand holding the pistol and the other hand placed on the hip.
Posted by The Editor at 11:37 PM