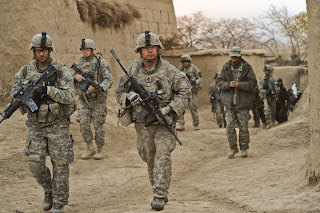 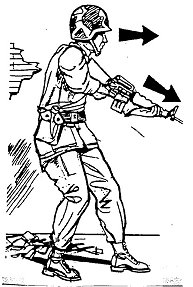 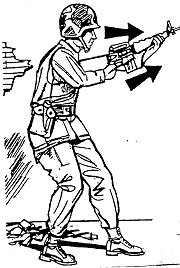 In this position, the soldier holds the rifle to his shoulder, but aims the rifle barrel upwards. This is more useful when the soldier is in a close group with other friendly soldiers and it is not possible to point the rifle barrel downwards safely. It is also handy if the soldier needs to reload or use the support hand for other purposes, such as opening doors. Like the low ready position, this position also allows the user to quickly transition to a shooting position.
Posted by The Editor at 1:21 AM