In the previous two posts, we saw how some people obtain a figure of merit for a cartridge by measuring the kinetic energy and the momentum. While these two methods have a basis in physics, the next method which we will study in this post is more of an empirical formula. This is called the Taylor KO Factor (where the KO stands for Knock Out). This term is also sometimes called the Taylor Knock Out Formula or simply abbreviated as TKOF.

The inventor of this formula was a famous 20th century big-game hunter and ivory poacher named John Howard "Pondoro" Taylor. Born in Dublin, Ireland, he developed a passion for hunting and decided to become a professional hunter in Africa. As a result of this, he became an expert in hunting with various rifles and cartridge combinations. In a career spanning over thirty years, he is credited with hunting over 1,000 elephants (though many of these were illegally hunted) as well as thousands of other African big game like hippo, rhinos, lions, cape buffalo etc. He received the nickname "Pondoro" (meaning "lion" in some African languages) from some of the locals, because of his lion hunting skills. Allegedly he was so busy hunting in remote African jungles that he didn't realize that World War II had broken out (he signed up for the King's African Rifles regiment after he finally got the news!) 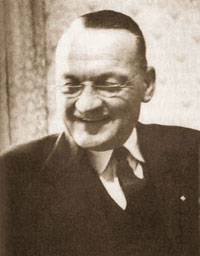 John Taylor wrote quite a few books on the subjects of big game hunting and African hunting. In one of his books, African Rifles and Cartridges, published in 1948, he makes mention of a formula he came up with to test for cartridge effectiveness when hunting big game.

The story behind his formula is that during his long hunting career, Taylor had observed that some cartridges were more suitable for stopping elephants than others. While he admitted that many cartridge types would work at killing an elephant when aimed accurately at an elephant's brain, he was more concerned with situations where he missed the brain and the elephant would become enraged and charge at him. He wanted to evaluate cartridges that could stun an elephant, even if the bullet didn't hit a lethal spot, reasoning that a "knock-out" blow on the elephant would give the hunter enough time to reload and follow up with a more accurately aimed shot. It was really meant to calculate the effectiveness of solid big-bore bullets. John Taylor himself used this formula to make the point that big-bore bullets were more effective at stopping larger game than the lighter and faster bullets available at that time.

His formula is an empirical one and is defined as:

The TKOF obtained by this equation is a dimensionless number, as there isn't really a science behind it and it is merely a figure of merit for comparing different cartridge types. A higher TKOF value indicates better stopping power for the cartridge. For people who like to work with metric units, the calculation is defined as:

where m is in grams, v is in meters per second and d is in millimeters.

The following table lists TKOF values for some common cartridges:

Unlike the kinetic energy and momentum formulae, the Taylor KO Factor takes the bullet diameter into account as part of the calculation. It tends to favor big-bore heavy solid bullets and is really meant for big-game hunting. If we were to calculate the kinetic energy and momentum of 7.62x54mmR and .30-06 Springfield, they would both suggest different stopping powers for the cartridges, but per the Taylor KO Factor calculation, these two are pretty close to each other in stopping power.