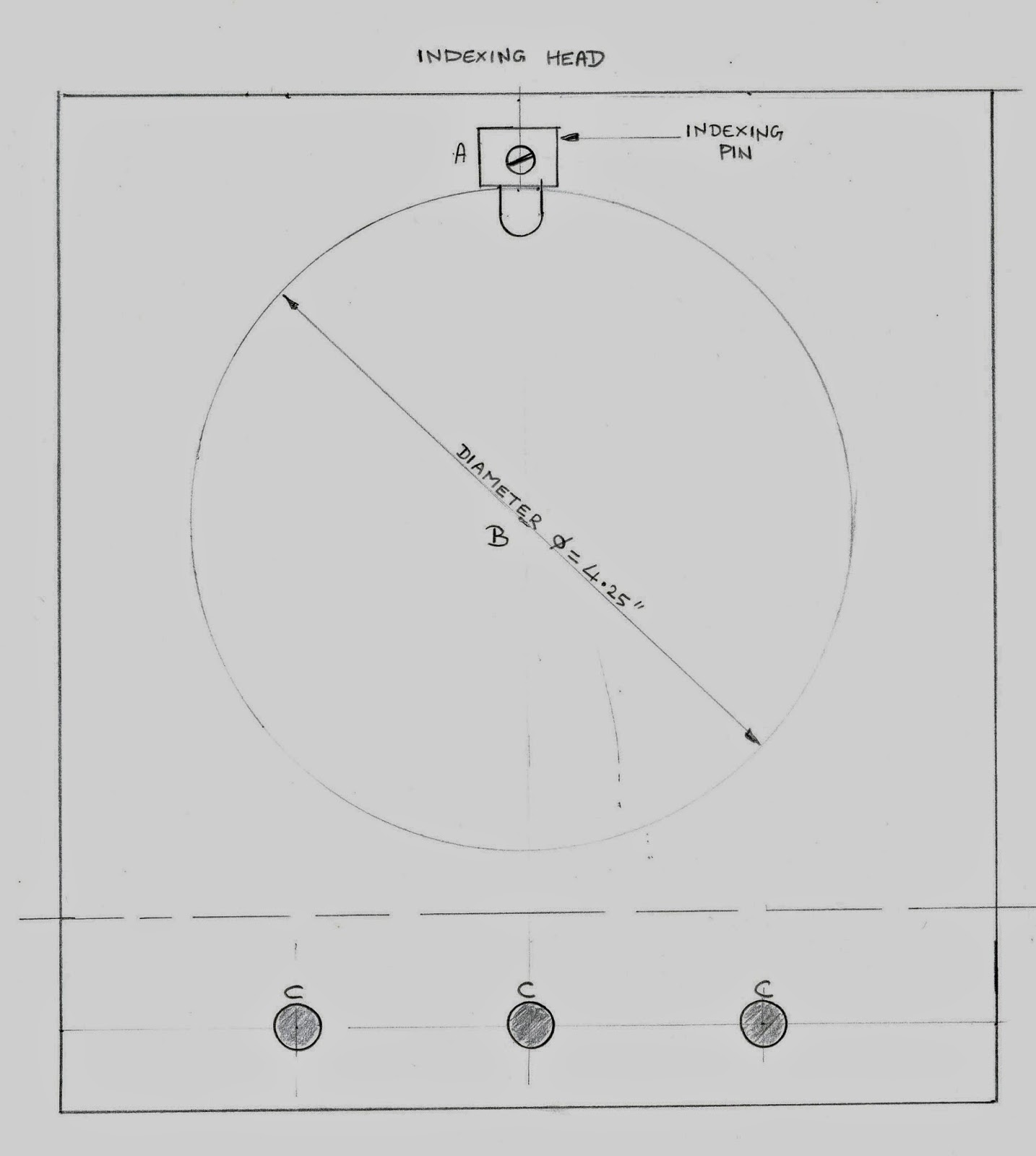 Click on image to enlarge. Author places the image into the public domain. Some dimensions are not to scale.

After that, the gunsmith chisels a hole at one edge of the hole B, so that he can screw in a small indexing pin A. The indexing pin A can be made of steel, brass or any hard wood such as oak, maple etc. The material is simply cut from a blank using a hacksaw blade and then filed into shape, and a hole is drilled in the middle to support a screw. The indexing pin is made long enough to fit in the groove that was cut in the indexing guide we saw in the previous post. 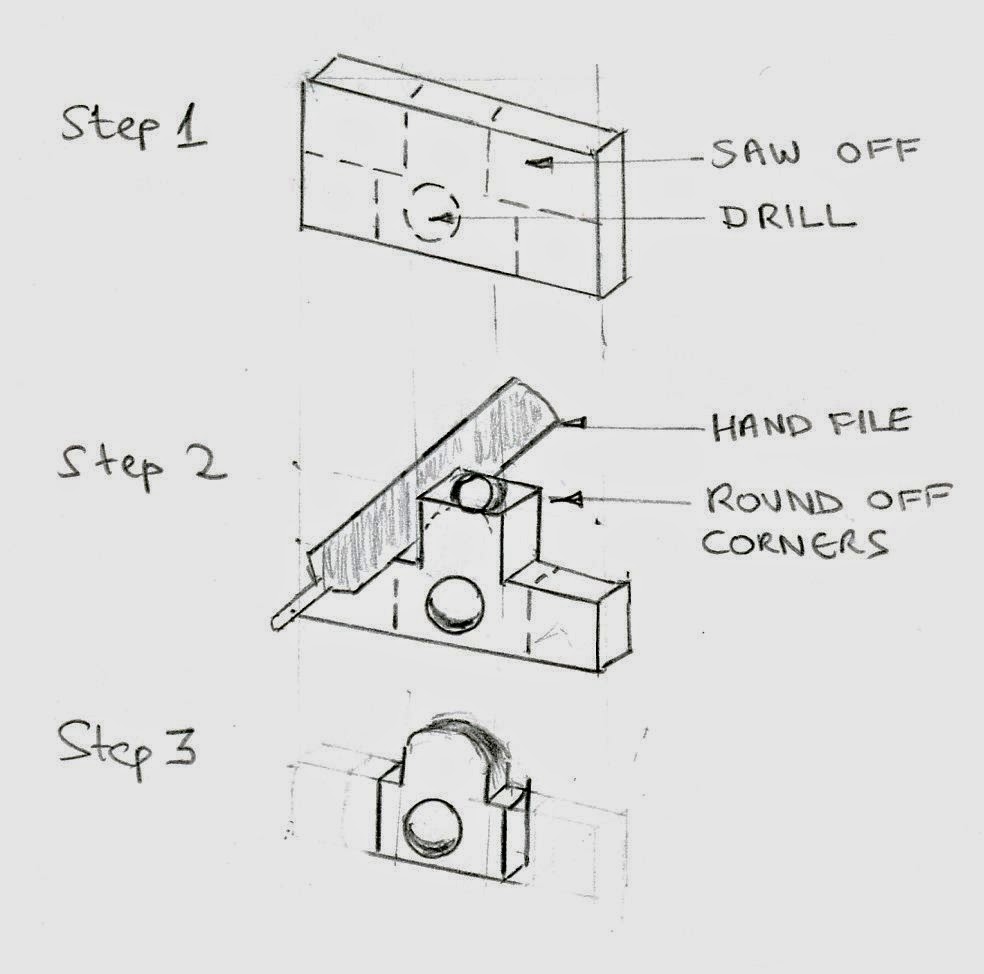 Building the indexing pin. Drawing is not to scale. Click on image to enlarge.
Author places the image in the public domain.

The indexing pin is inlaid into the indexing head, so that it cannot move at all.

The indexing head mates with the indexing guide from our last post, as shown in the image below:

Drawing is not to scale. Click on image to enlarge.
Author places the image in the public domain.

Of course, the curious reader might ask, how does a person drill such a large hole like B into a plank of wood. Luckily for us, the tools to do this were already invented and perfected several hundreds of years ago. Remember that mankind has been using the wheel for thousands of years and the wheel is attached to the axle with a relatively large hole. The first solid wheels and axles began to appear in Mesopotamia, Central Europe, Balkans and Northern Caucasus around 3500 BC. By about 3000 BC, the Indus valley civilization in Northern India shows evidence of having spoked wheels. By 1200 BC, chariots with spoke wheels were known to just about everyone in Europe and Asia and parts of Africa as well. Therefore, the technology for boring large holes into objects (e.g. for attaching an axle to a wheel and attaching spokes to wheels) was pretty well developed by this point in time. Tools such as the bow-drill and gimlets could be used to drill smaller holes and then the holes could be enlarged by using augers and reamers. 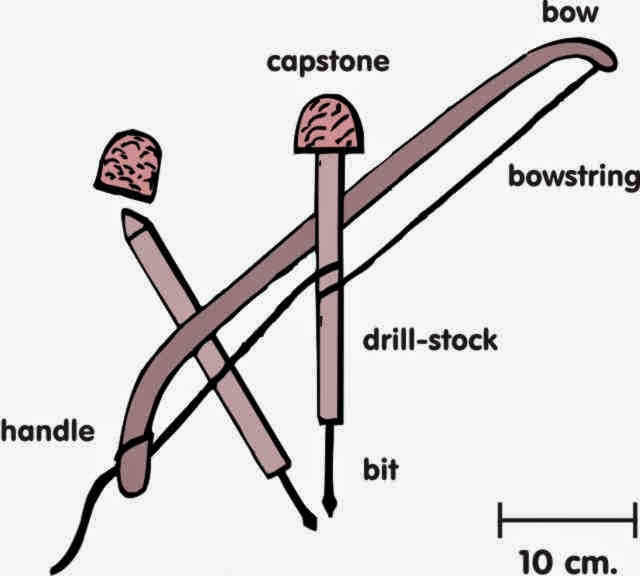 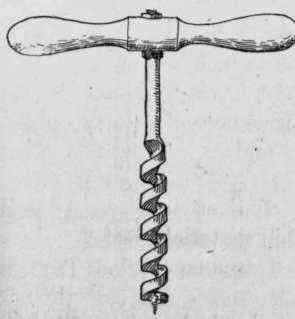 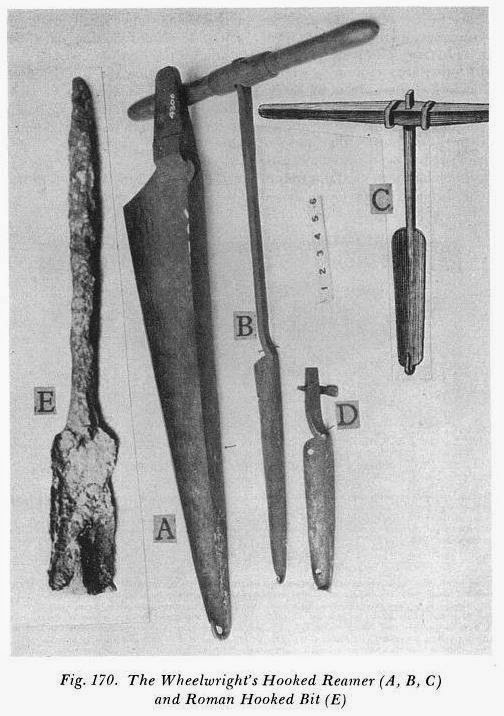 Several examples of Reamers. In particular, note the one from Roman times. Click on image to enlarge 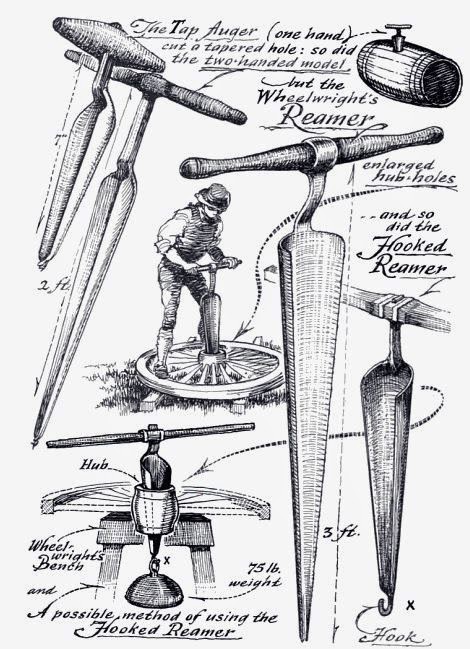 A wheelwright using boring tools to fit an axle to a wheel. Click on image to enlarge,

While the images above show the tools used by a wheelwright to bore a hole into a wheel for an axle, the same tools and techniques were also used by ship builders, architects, carpenters etc. Therefore, it is a pretty safe bet to say that a gunsmith in 1500 AD had the tools and knowledge to easily bore a large hole into an indexing head.

The parts in this post and the previous one need to be built as accurately as possible, to produce good rifling. In the next few posts, we will study some of the other parts needed to build the manual rifling machine.