As we noticed in the post for the indexing guide, the cylinder is mostly about 4" in diameter, except at the ends, where the diameter is 2" or 3" on either end.

The Head Piece. Click on image to enlarge. Not to scale.
Author places the image in the public domain.

It consists of a rectangular board of wood in which a few holes are drilled or chiselled out. Holes A and C are rectangular holes which are identical in dimensions. Hole B is a circular hole which is drilled to the diameter 3" (i.e.) the diameter of the cylinder at the right end of the indexing guide. It must be noted that the distance between the holes A and C must be greater than the width of the indexing head that we studied in the previous post. We will see why shortly. Finally, the gunsmith attaches handles on either side of the head piece.

Next, we look at the tail piece. 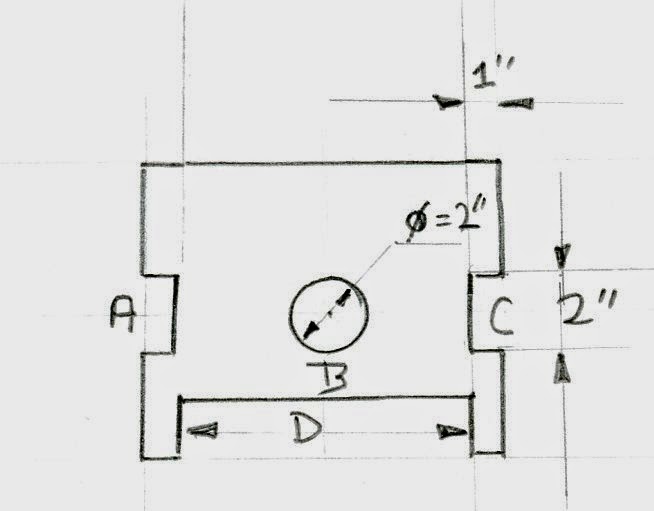 The Tail Piece. Click on image to enlarge. Not to scale.
Author places the image in the public domain.

Tail piece assembly. Click on image to enlarge. Not to scale.
Author places the image in the public domain. 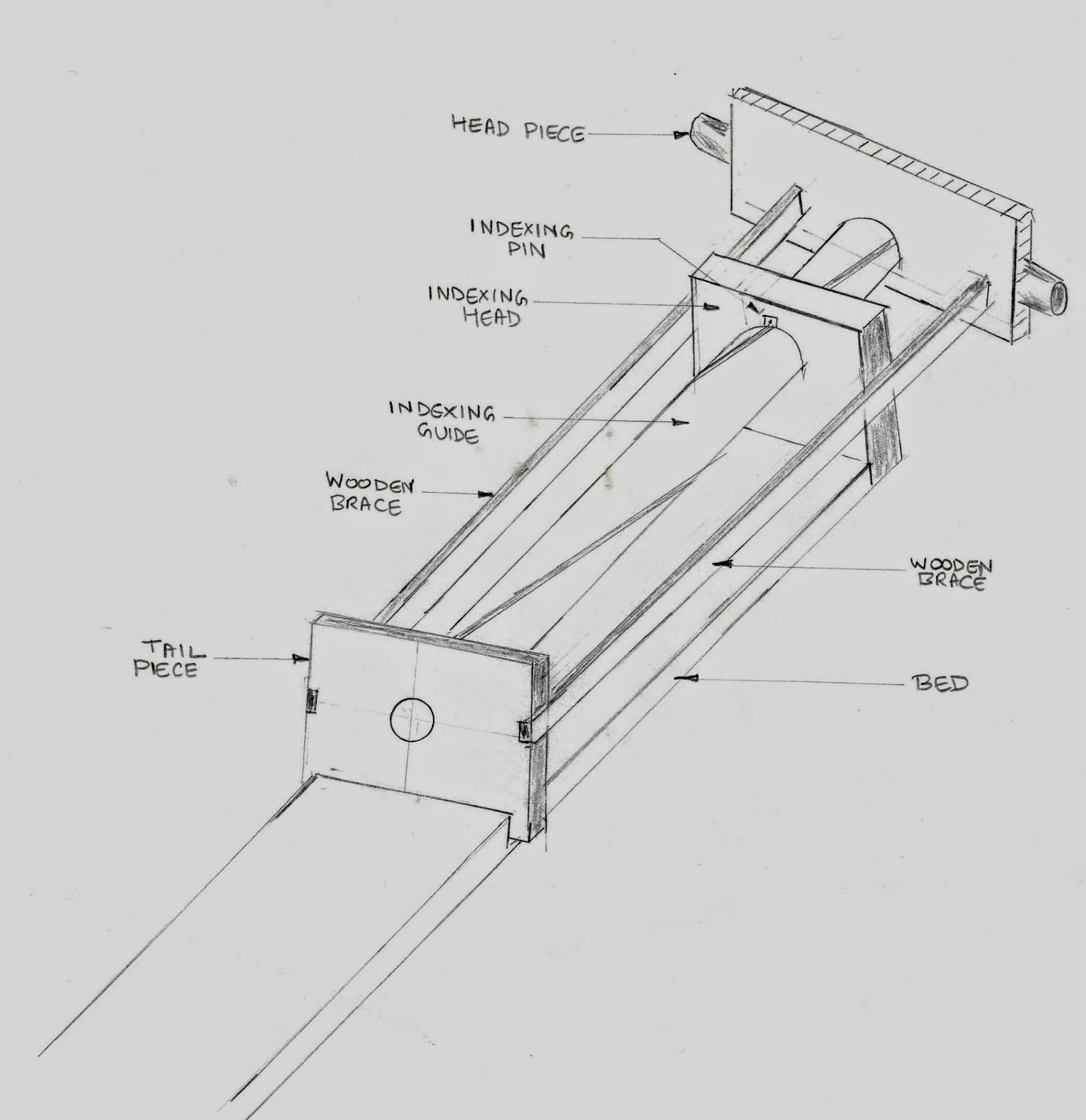 Assembly of the manual rifling machine. Click on image to enlarge. Not to scale.
Author places the image in the public domain.

In the next few posts, we will see how our ancient gunsmith could have fashioned a cutting tool and attached it to the indexing guide and also see how the rest of the machine is built. Happy reading!