In our last post, we studied how the Bessemer process made it possible for the first time for steel to become as cheap or cheaper than cast iron. The quality of steel wasn't as high as the crucible process, but the price of steel was now much more affordable, which meant there were more manufacturers offering steel barrels in their firearms.

One of the problems with manufacturing steel with the Bessemer process was that passing air through the molten metal sometimes formed gas bubbles and these would form internal blow holes in the steel ingot as it cooled down. Also, a steel ingot shrinks as it cools and this shrinkage could also cause gaps and hairline cracks to form in the ingot. These flaws in the ingot could weaken the final product, if not properly eliminated.

The solution to this problem was found by the famous British engineer, Sir Joseph Whitworth. We had studied about his inventions when we studied the Whitworth rifle many months ago. This innovative rifle was much more accurate than its competition, but was more expensive to manufacture, which is why it was rejected by the British military. However, it was used by other people who had need for accurate rifles, such as confederate snipers, during the US Civil War. Sir Whitworth continued to make improvements to his rifle and discovered a way to remove most of the flaws in steel ingots. His method of manufacturing steel was called fluid compressed steel, and we will study the process in today's post.

We know that Whitworth first discovered his method in 1865, because he registered a patent during that year, but it wasn't until 1869 that he finished building the machinery to manufacture the steel in quantity.

The steel is manufactured using the process we studied in our last post, but when the steel is poured out into a mold, instead of allowing it to cool by itself, a hydraulic press is used to apply pressure to the ingot while it is still in a liquid or semi solid state. This pressure causes most of the generated gas bubbles and cracks in the ingot to collapse or move towards the ends of the ingot. To give some idea of the pressures involved, an ingot measuring about 15 feet (4.57 meters) in length before compression,decreases about 12 inches (30.5 cm) in length after compression, to form a bar of length 14 feet (4.27 meters). After the steel solidifies, the two ends of the ingot are cut off (about 20% of the length) and discarded and the remaining bar contains far less bubbles and cracks. This bar can now be used for various applications, such as making quality steel barrels. 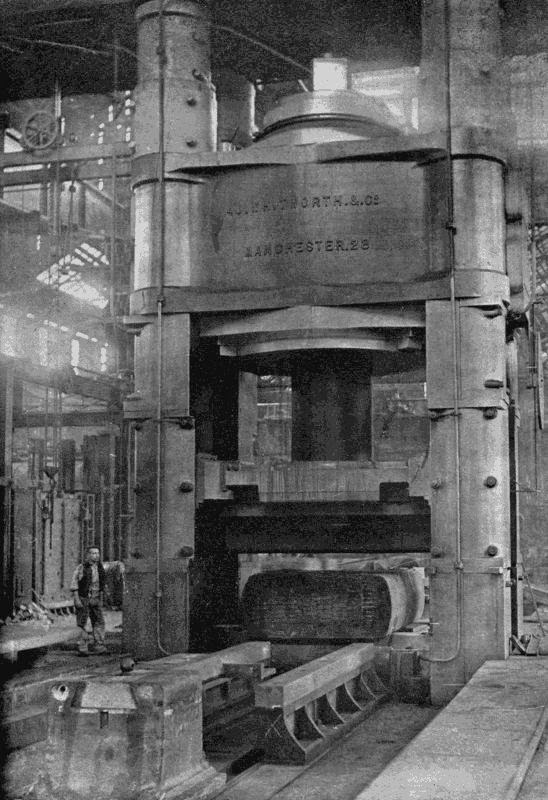 A Whitworth Hydraulic Press at the Armstrong-Whitworth company. Notice the man standing on the left side of the press.
Click on the image to enlarge. Public domain image


Whitworth fluid compressed steel was generally acknowledged by many gunmakers, to be of excellent quality and Whitworth's name became a selling point. Therefore, many firearm manufacturers of that era would often stamp Whitworth's name and trademark (a sheaf of wheat) on their barrels, alongside their own names, to show that these barrels were made of superior quality steel. 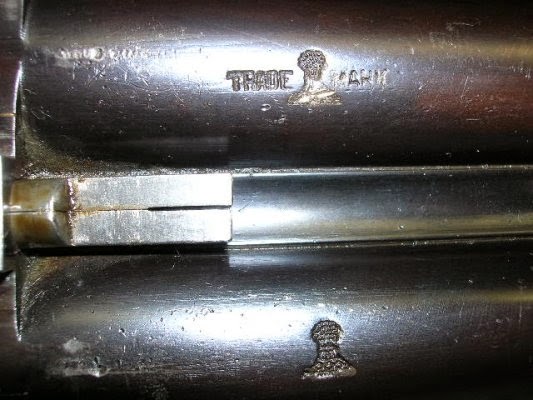 Another double-barreled gun showing the Whitworth trademark (a sheaf of wheat). Click on the image to enlarge.

Whitworth Fluid Compressed Steel was used by many high end manufacturers, such as Purdey and W.W Greener in England, and Parker, Remington and LC Smith in the United States. 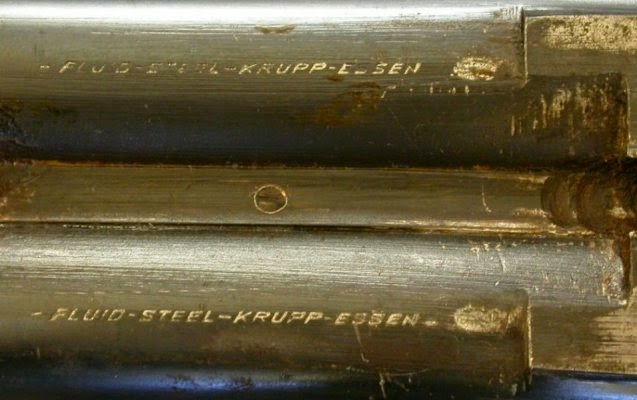 A pair of barrels made of Krupp Fluid Steel. Click on the image to enlarge.

Some famous American manufacturers like Lefever, Stevens and Ithaca were known to use Krupp's steel, as well as German manufacturers, such as JP Sauer & Son.

In the next post, we will study the open hearth process to manufacture steel and then move on to more modern methods.