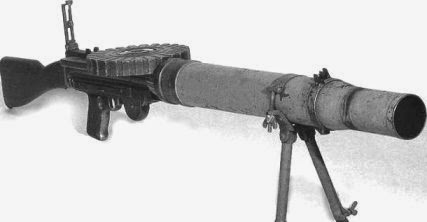 A Lewis gun. Click on the image to enlarge. Public domain image.

The word "light" is a bit of a misnomer, because most LMGs are heavier than the assault rifles that the rest of the team carries. However, they are lighter than the other classes of machine guns that we are going to study in the following posts. 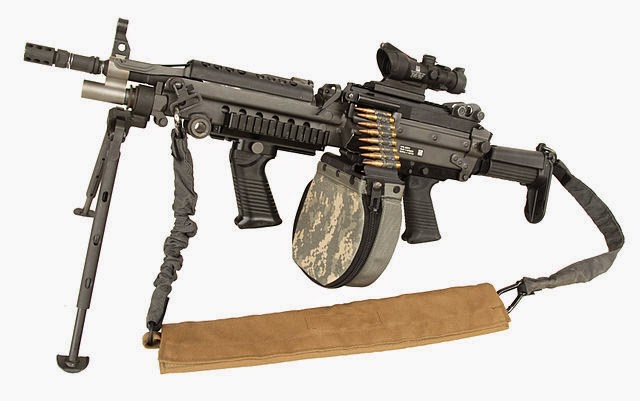 A M249 equipped with an ammunition belt. Click on the image to enlarge. Public domain image.

In recent times, many LMGs are modifications of an existing assault rifle design. Examples of these include: RPK (Russian LMG design based on the AK-47), Steyr AUG LMG (Austrian rifle based on the Steyr AUG rifle family), INSAS LMG (Indian rifle based on the INSAS rifle family) etc. However, the LMG versions are generally designed with longer and heavier barrels, to sustain automatic fire for longer periods of time without overheating. Some models (such as the Steyr AUG LMG) have quick change barrels to solve the overheating problem. The parts of the action are also designed to be more robust than the assault rifle versions, in order to shoot in full automatic mode for longer periods of time. 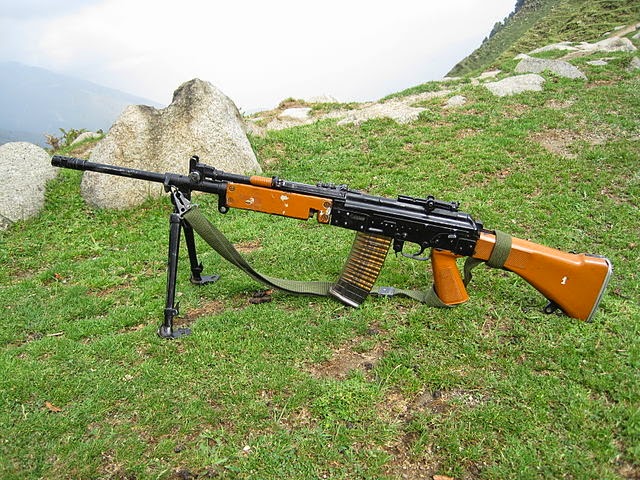 An INSAS Light Machine Gun. Click on the image to enlarge. 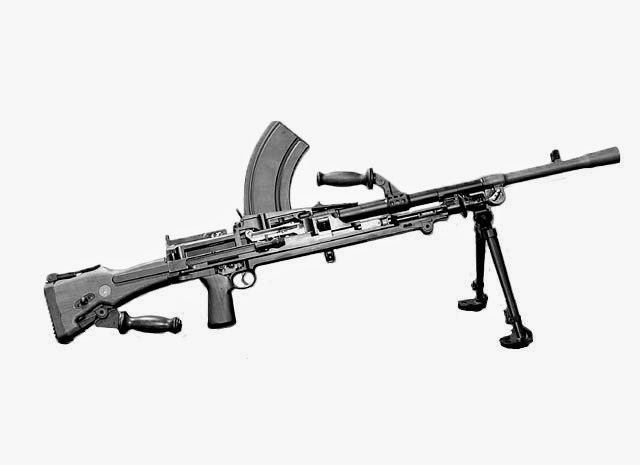 The above image shows a Bren gun Mark I. Note the curved box magazine mounted on top of the rifle and the carrying handle in the middle of the gun, which also doubles as a tool to remove a hot barrel. Later models came with heavier chrome-lined barrels, which reduced the need to interchange barrels. The Bren gun was first adopted in 1938 by the British, produced by various commonwealth countries (UK, Australia, Canada, India) over the years and is still being manufactured currently in India!

The Madsen machine gun also has a long history, being originally manufactured by Denmark in 1902 and still going strong in the hands of Brazilian military police, well into the 21st century! It just goes to show that good designs can last a really long time.,

In our next post, we will study another class of machine guns: the heavy machine gun.