In our last post, we saw how gun cotton was accidentally discovered. As was mentioned in our previous post, some early researches were done by French scientists, namely Henri Braconnot in 1832 and Theophile-Jules Pelouze in 1838, but the Swiss scientist Christian Schönbein in 1845, was the first to realize its potential to be used in firearms as a replacement for black powder. Schönbein sent out samples of his discovery to friends in England in 1846 and published details about his discovery, but kept his method of preparation a secret until he received a patent for his discovery. Schönbein also worked with a German scientist from the University of Frankfurt named Rudolf Böttger, who had discovered the same process independently during 1845, to improve the manufacturing process. By a strange coincidence, another German, a professor from the town of Braunschweig, Dr. F. J. Otto also made a similar discovery and published his process details in 1846 before Schönbein and Böttger,

The discoveries of Schönbein soon attracted the attentions of many other chemists (mostly French and German), who investigated the properties and chemical composition and came up with different variants. Some of these names include the above mentioned Pelouze (who revisited his earlier research and came up with a new process in 1846), Dr. Knopp, Dr. Bley, Von Kirchoff & Reuter, Porret, Teschemacher, Walter Crum and Dr. J.H. Gladstone.

In England, a company called John Hall & Sons Co. bought the patent rights to manufacture gun cotton from Schönbein in 1846 and built a new factory to do so at Faversham in early 1847. Unfortunately for them, the process and its associated dangers was not fully understood and a few months later, on 14th July 1847, there was a huge explosion that destroyed the factory and killed many workers, leading to the factory being closed soon afterwards. The manufacture of gun cotton was not attempted in Faversham again until 1873, when a different company opened a new plant at a new location outside town. But this was not the only tragedy -- only a year later, on 17th July 1848, 1600 kg. of gun cotton exploded in a factory at Bouchet near Paris. This explosion was so powerful that walls from 18 inches to a yard in thickness were reduced to powder, and heavy weights were hurled to great distances. These and other accidents, caused the French and German governments to appoint committees to study whether manufacturing of gun cotton was worthwhile or not. After 6 years of experiments, the French Commission reported that, "In the present condition of things, there is no use in continuing the experiments in relation to employment of gun-cotton in warlike arms."

However, all was not lost. Over in Austria, an officer named Wilhelm Freiherr Lenk von Wolfsberg (also known as Baron von Lenk and Von Lenk) was conducting his own experiments in 1849 on behalf of the Austrian military. Von Lenk was serving in a Field Artillery regiment when he began his experiments and he discovered the cause of the previous failures. He came up with a process of manufacture that was both safer and profitable. Due to his researches, a factory "K. K. Ärarische Schießwollanstalt" was set up in Hirtenberg to manufacture gun cotton in 1851. This factory was later absorbed into a larger artillery arms company that still exists today, Hirtenberger AG. 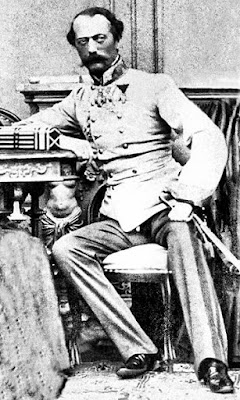 The developments in Austria naturally attracted the attention of several European governments, and from England, a Major Young was sent over to Austria to learn everything that the Austrians were willing to disclose. In 1862, a committee was appointed by the British Association to inquire into the application of the new explosives for war purposes. The committee consisted of 3 chemists, the previously mentioned Dr. J.H. Gladstone, Professor W.A. Miller and Professor Frankland, and 6 engineers, William Fairbairn, J, Whitworth, James Nasmyth, J. Scott Russell, J. Anderson and Sir W.G. Armstrong. In case you think some names sound familiar, J. Whitworth is the gent that invented the Whitworth rifle and W.G. Armstrong invented the Armstrong gun and they later co-founded Armstrong, Whitworth & Co., a major armaments, shipbuilding, aircraft and engineering company. James Nasmyth is known for inventing the steam hammer, while John Scott Russell was an engineer who built the Great Eastern steamship, which was the largest ship in the world for 40 years. This superstar committee talked to General Von Lenk and presented a report in 1863 at Newcastle, with some details of the Von Lenk process which will be described below:

In the manufacture of gun-cotton, the end-goal is to produce a product that is as highly nitrated as possible. Von Lenk found that, in order to ensure the production of this, it was necessary to adopt several procedures, the most important of which were specified as:


We will study more details about the Von Lenk process in our next post.