To answer the question briefly, a rotary magazine uses a different feed mechanism than a capsule magazine. A capsule magazine has a spring and follower to push rounds from the magazine into the chamber and it is always a fixed magazine. A rotary magazine, on the other hand, can be either a fixed or detachable magazine and the feeding mechanism consists of a sprocket (or sprockets) that is rotated by a torsion spring. The cartridges fit between the teeth of the sprocket and as the sprocket rotates, it feeds the rounds to the chamber. The figure below shows the various parts and the completed assembly of a rotary magazine.

Parts of a rotary magazine. Click on the image to enlarge.

The cartridges fit between the teeth of the two sprocket wheels and are fed into the chamber of the firearm, powered by the tension of the torsion spring.

Diagram of a Mannlicher rotary magazine by itself. Click on the image to enlarge

A Mannlicher rotary magazine attached to a rifle. Click on the image to enlarge.

Meanwhile, over in the United States, Arthur Savage was also working on a rotary magazine design, which he perfected in 1893 and obtained a patent for it. This design was used in the Savage M1895 and Model 99 rifles. 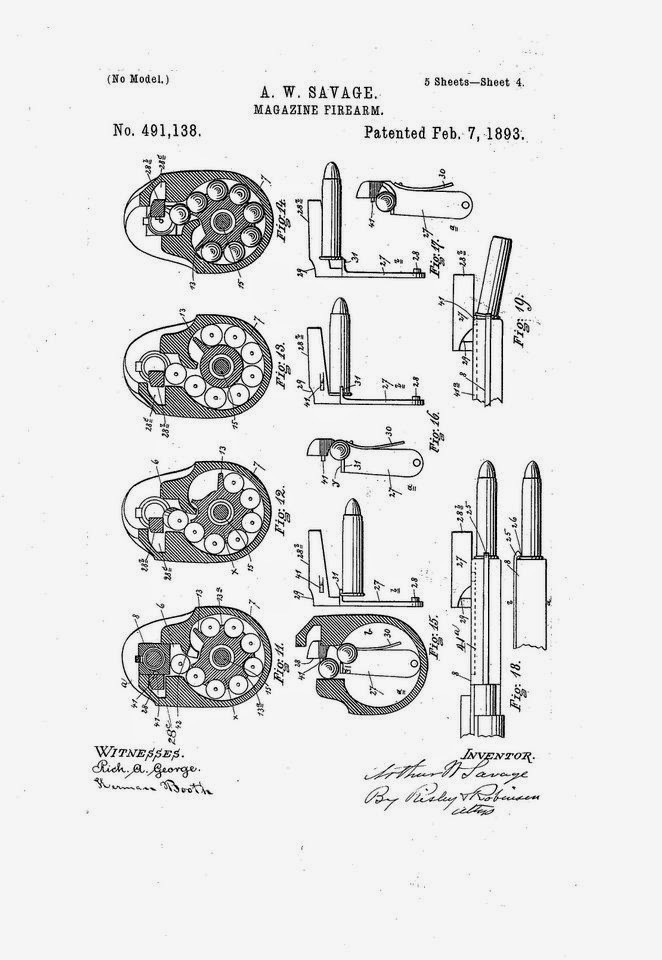 Interestingly, this rifle's rotary magazine design also includes a counter that shows the user how many cartridges are left in the magazine. It must be noted that not all Savage Model 99 rifles have this rotary magazine, as some later versions feature a box magazine instead. The Model 99 was produced by Savage for nearly 100 years (1899 - 1998) and has been chambered for many different cartridges.

Another firearm that uses a rotary magazine is the Johnson M1941 rifle, which we mentioned at the start of this post. This rifle was invented by Melvin Johnson and the magazine design is shown below from his patent application: 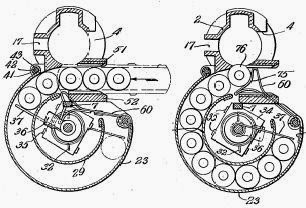 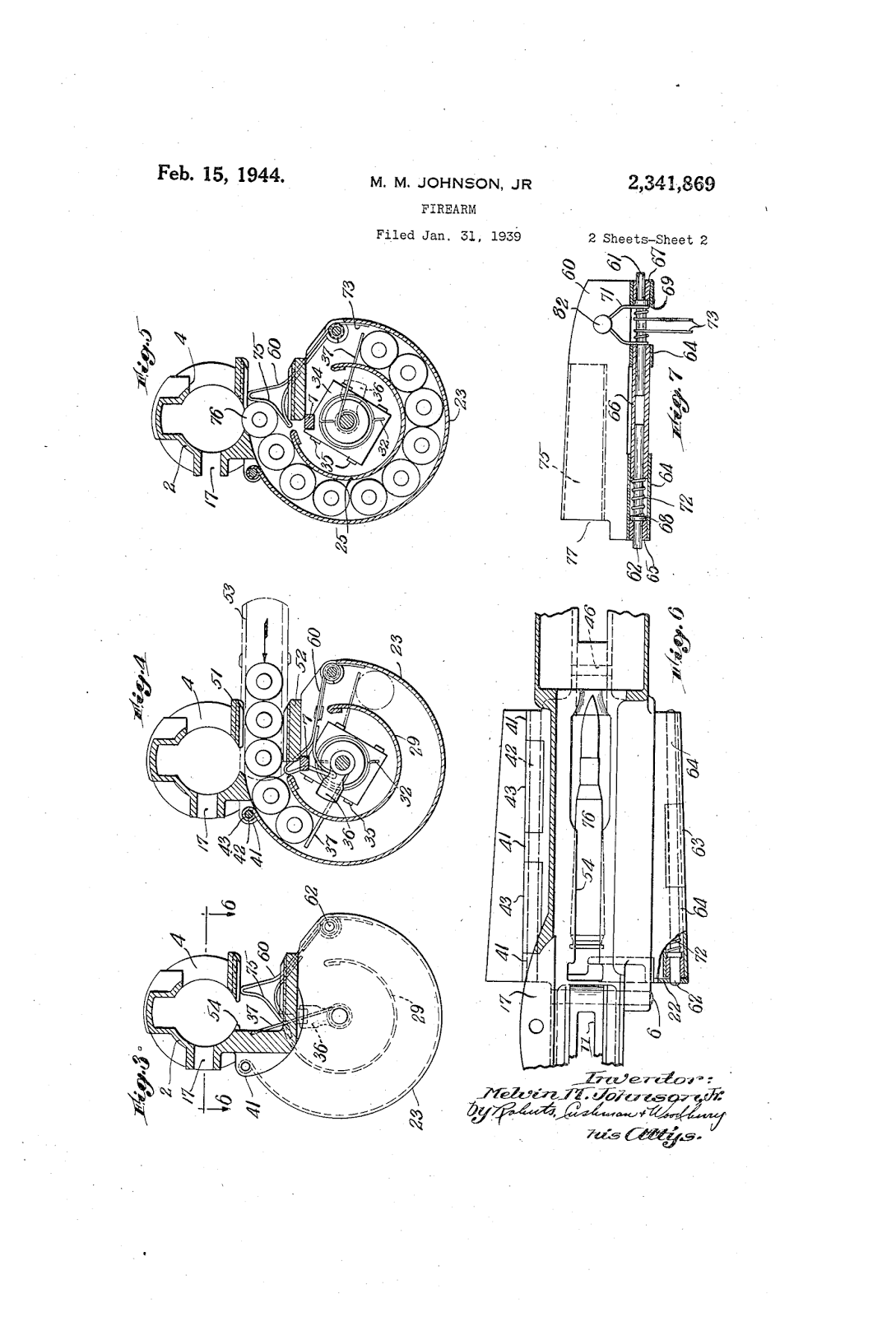 The entire Johnson patent document may be viewed online here.

Some other firearms that use this sort of magazine include the hugely popular Ruger 10/22 rifle and the Steyr SSG 69 rifle. A rotary magazine used by a Ruger 10/22 rifle. Click on the image to enlarge. Public domain image.

The above image shows a rotary magazine used by a Ruger 10/22 rifle. This particular model holds 10 cartridges and is made of clear polycarbonate plastic and allows the user to see how many cartridges are left in the magazine. Many American readers of this blog will recognize this type of magazine because this is what comes with the standard model of the Ruger 10/22 rifle. For non-American readers, the Ruger 10/22 is one of the most popular rifle models in the US since 1964, because of its affordable price, ability to be customized, widespread availability of third party components and low cost of ammunition, and it is often the first rifle for many Americans.

Rotary magazines typically have a capacity of around 5 to 10 cartridges, which means they don't hold as many cartridges as some of the other magazine types we studied earlier. On the other hand, many rotary magazine designs fit right into the magazine's stock, without protruding out like a box magazine or a drum magazine do, which makes them much more convenient. In some rifles, the rotary magazine fits right where the center of gravity of the rifle is. Rotary magazines can also use spitzer type pointed bullets safely. In fact, the Savage Model 1895 was one of the first lever-action rifles to use spitzer bullets, as previous lever-action rifles used tubular magazines, which as we saw earlier, are not safe to use with centerfire cartridges using spitzer bullets.