In our last article, we studied the rotary magazine. In today's article, we will study a magazine that was invented more recently. Today's object of study will be the helical magazine.

The helical magazine was invented by Michael Miller and Warren Stockton in 1985 and produced by the California Instrumentation Company (later known as "Calico"). Interestingly, the California Instrumentation Company was originally known for manufacturing specialized instrumentation for the petroleum industry, but since they already had experience in tooling and engineering, they didn't have too much trouble manufacturing firearms. By about 1988 or 1989, they had the bugs ironed out and started producing them in quantity, along with firearms designed to use these magazines. 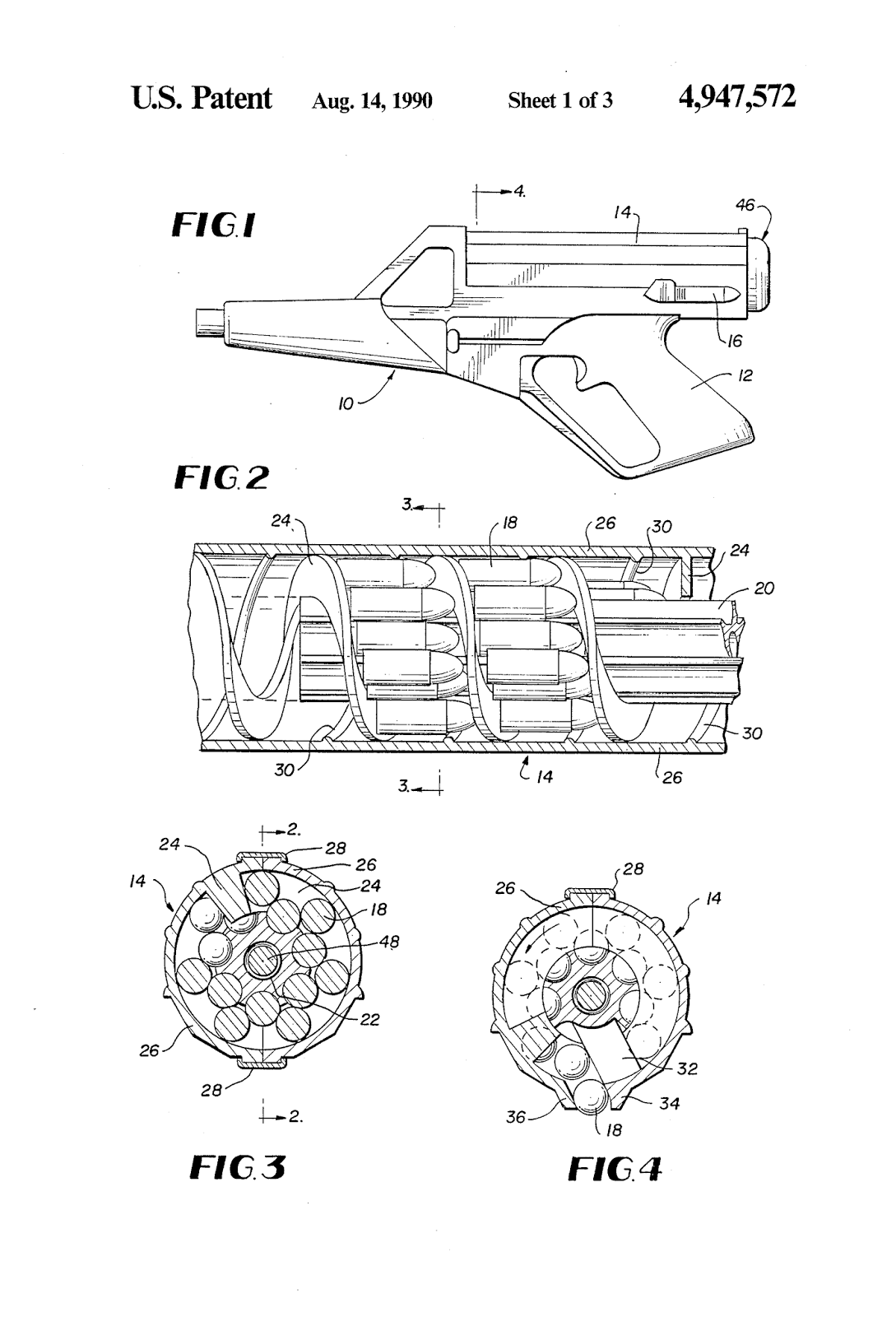 Image from the patent application for the helical magazine. Click on the image to enlarge. Public domain image.

The concept behind the helical magazine is to arrange the cartridges in a helical spiral, as shown by figure 2 above. A drive spring rotates the drive member and pushes the cartridges into the chamber. The figure below shows a cutaway of how the magazine works: 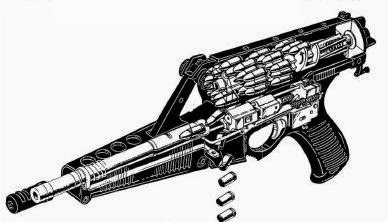 Cutaway of a helical magazine on a Calico firearm. Click on the image to enlarge.

Unfortunately for Calico, the Federal Assault Weapons ban came into effect in 1994 (and was in effect until 2004). This law stated that no firearms manufacturer could produce magazines with greater than 10 cartridge capacity. Therefore, Calico could not really sell their firearms during this period because their biggest selling point was that the magazine could hold a lot of cartridges. Only after 2004 when the law was changed, could they restart manufacturing their firearms. Calico now offers firearms that have 50 and 100 cartridge capacities.

The idea of a helical magazine was copied by other countries, most notably by Russia, China, Hungary, North Korea etc.. The Russian Bizon submachine gun is one such weapon that uses this concept. 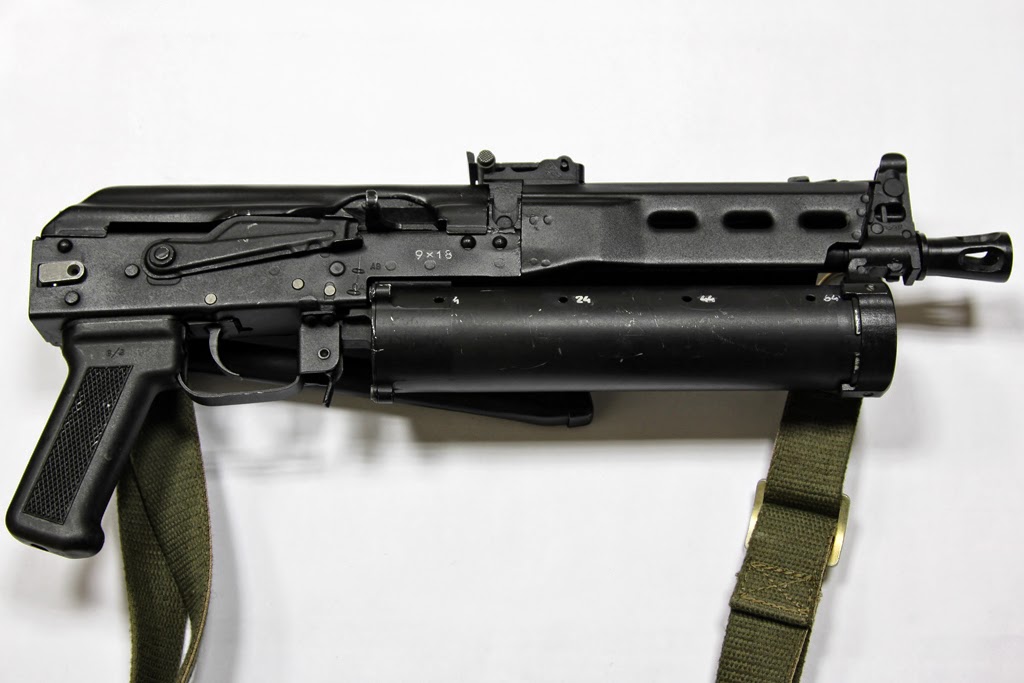 Bizon submachine gun. Click on the image to enlarge.
Image is licensed under the Creative Commons Attribution-Share Alike 3.0 Unported license by Vitaly Kuzmin

The above image is a Russian Bizon submachine gun. The word Bizon is the Russian word for "Bison". The long cylindrical tube that you see under the barrel in the image above is the helical magazine. It comes in two versions: one is chambered for the 9x18 mm. Makarov cartridge and the other model uses the popular 9x19 mm. Parabellum cartridge. Magazine capacity is 64 cartridges for the Makarov cartridge and 53 cartridges for the Parabellum cartridge. Incidentally, two of the designers of this firearm have very famous parents as well: Viktor Kalashnikov (son of Mikhail Kalashnikov, designer of the AK-47) and Alexi Dragunov (son of Evgeny Dragunov, inventor of the SVD sniper rifle).

Compared to box magazines (which can hold about 30-40 magazines before becoming unwieldy), helical magazines can hold a lot more cartridges in a relatively compact space. However, unlike drum magazines, a helical magazine does not stick out of a firearm so much as to affect the balance and ergonomics. On the other hand, helical magazines have a lot more parts than other magazine types (as you can see by the image of the magazine sub-assembly above), so disassembling one can be complicated. Also, loading and unloading the magazine must be done one round at a time, which means it can take a while to do this.