Cartridges Rims: Rimmed vs. Semi-Rimmed vs. Rimless vs. Belted vs. Rebated - Part I

So, first let's start with the definition of a rim. If you look at the back part of any metallic cartridge case (the end opposite the bullet), you will see a sort of a flange at the base of the cartridge. This flange is called a "rim" and has existed ever since the first metallic cartridge was invented. It serves multiple purposes:


Rims can be added to a cartridge case by various methods: stamping, pressing, casting, molding etc.

With that said, let us look at various rim types. The first one we will study today is the Rimmed cartridge.

This is the oldest type of cartridge and dates back to the time when metallic cartridges were first invented. These cartridges have a rim that is quite a bit larger in diameter than the base diameter of the cartridge. The image below shows a rimmed cartridge. 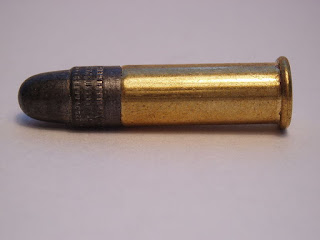 A rimmed .22 LR cartridge. Click on the image to enlarge. Public domain image

Back in the old days when metallic cartridges were invented, mass manufacturing technologies were not so precise and cartridges of the same caliber would have varying lengths. Therefore, there needed to be some way to hold the cartridge to the proper depth in the chamber so that the firing pin could impact it. Providing a rim larger than the diameter of the cartridge case proved to be a simple solution to this problem, since it could be manufactured cheaply.

The rim also provides a secondary function. Firearms such as shotguns and revolvers need to have some way to easily extract the cartridge cases. The rims provide the means for the extractor to hook on to them and pull out the cartridges from the cylinder (for a revolver) or chamber (for a shotgun): 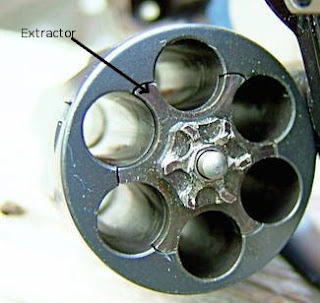 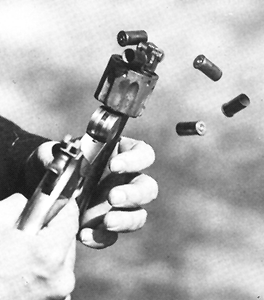 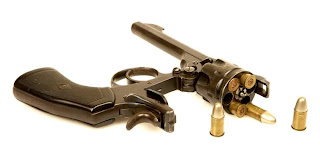 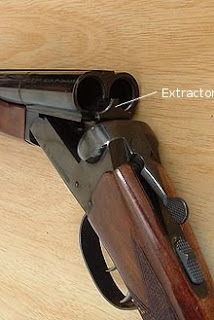 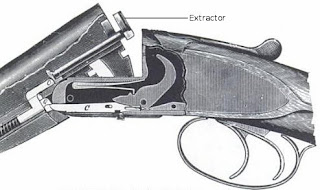 Most revolvers and shotguns still use rimmed cartridges to this day.

For the .22 LR cartridge (which is the most popular cartridge in the world), the rim also serves a third function. The .22 LR belongs to a family of cartridges called the rimfire cartridges. The patent for rimfire cartridges date back to 1831. The idea is that the priming compound is placed on the entire rim and the rim is designed of thin material. When the rim is struck, it ignites the primer, which burns along the entire rim and ignites the main propellant. Back when black powder was not so high-quality, this provided a reliable source of ignition. The .22 LR is only one of a family of rimfire cartridges, but it is the most popular cartridge in the world and has been in production since 1887.

One more interesting thing about rimmed cartridges is that since they headspace on the rim, it is possible for a firearm that is designed to fire longer cartridges to safely fire shorter cartridges if they have the same sized rim. For instance: 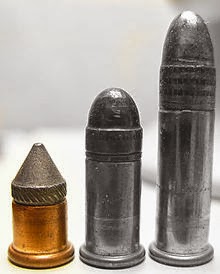 Rimmed cartridges work very well with revolvers and shotguns, as well as some early repeating rifles that loaded from tubular magazines. Unfortunately, they don't work so well with firearms using box magazines, because the rims tend to interfere with each other during the reload cycle. Since the rims don't ride easily over each other, the rim of the cartridge being chambered often tries to strip the round beneath it in the box magazine. However, certain rifles (notably the British .303 Lee Enfield and the Soviet Mosin-Nagant) solve this problem by carefully arranging the cartridges when the magazine is initially loaded, so that the rim of each case is loaded ahead of the round beneath it. If this arrangement of the cartridges is not done properly, there will be misfeeds and jams with box magazines. We will study how this was solved in the next post, when we study about semi-rimmed and rimless cartridges.