The previous article on the topic of ammunition belts prompted a vague recollection in your humble editor's mind of another feeding mechanism: chain guns. We will study them in today's post.

A chain gun uses a continuous chain that is driven around a couple of sprockets, to feed the firearm. The chain has chambers where cartridges may be loaded. Many designs using this concept were developed from around 1850-1880 or so. One of the early models was the Treeby Chain gun invented in 1854. 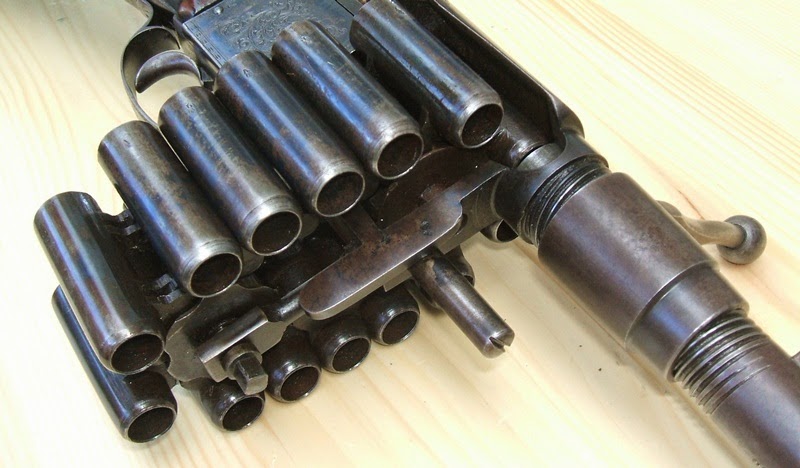 The Treeby Chain Gun, courtesy the Forgotten Weapons Blog. Click on the images to enlarge.

The above images are from the Forgotten Weapons Blog, a wonderful source of information. This weapon is somewhat complex to operate: the user has to rotate the lever on the barrel upwards, which pulls the barrel away from the chamber. Next, the hammer is cocked, which also rotates the chain and brings the next cartridge into the chamber. Then the user rotates the lever back down, which pushes the barrel back against the chamber, thereby sealing it. Now the gun is ready to fire. However, the gun was rejected by the British military for various reasons, one of them being that if the user didn't lock the barrel back before pulling the trigger, bad things could happen. Only two prototypes of this gun were known to have been built.

Over in America, the Josselyn Revolver was patented in 1866 by Henry S. Josselyn. 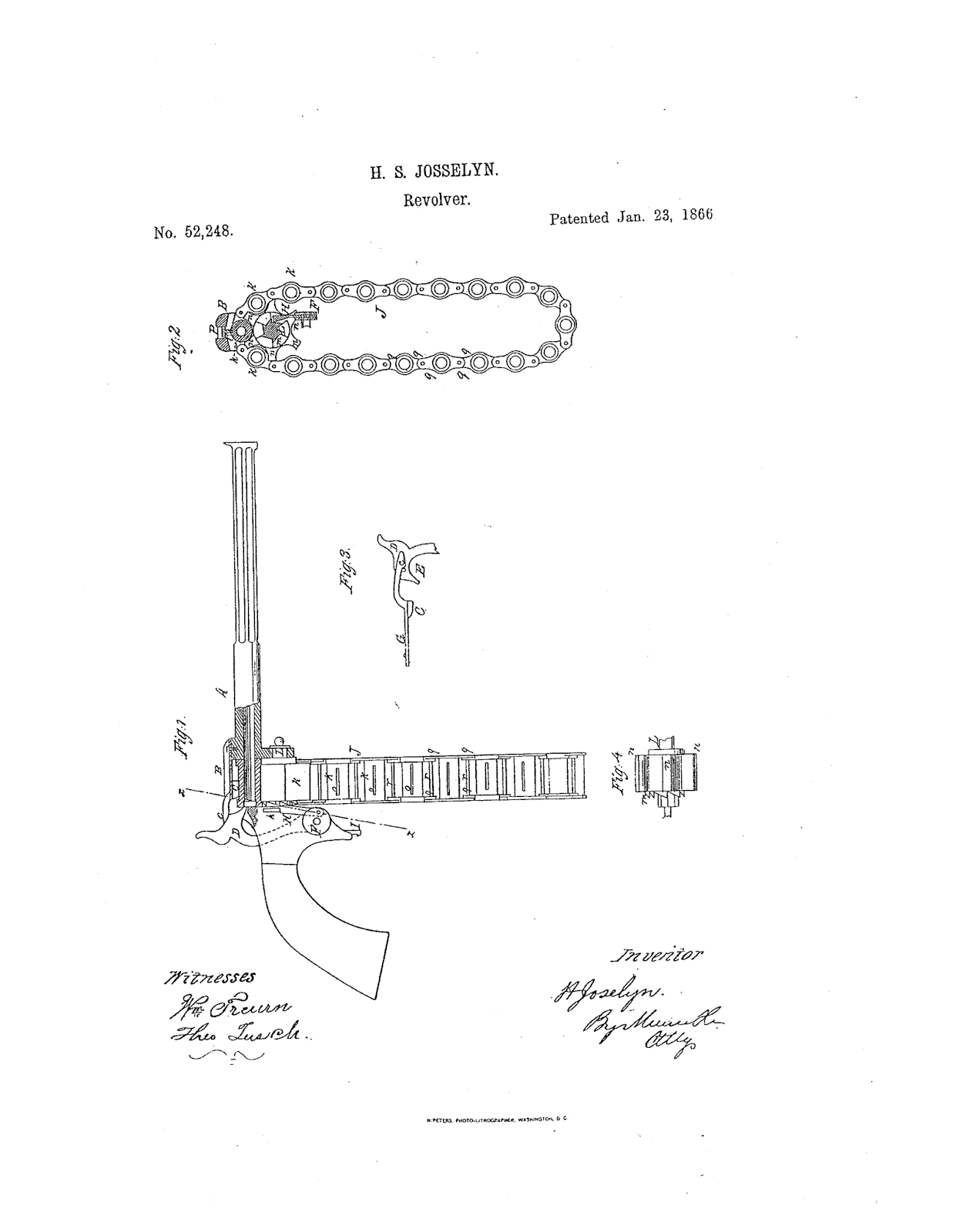 Public domain image of the Josselyn revolver patent. Click on the image to enlarge.

The details of Henry Josselyn's patent may be found here. A specimen of this revolver is in the Smithsonian museum. Like the Treeby chain gun, the Josselyn revolver didn't sell as well either, possibly because of the inconvenience of carrying one around.

A Guycot pistol. Click on the image to enlarge

A Guycot rifle. Click on the images to enlarge.

The Guycot guns have a chain with cups that can hold centerfire cartridges. The chain is looped through the receiver and the stock. Pulling the trigger revolves the chain and also retracts a firing pin backwards and then releases it to strike the cartridge and fire it. This means that once it is loaded, the gun can be fired as fast as the user can pull the trigger. Paulin Gay reportedly got the idea of using a chain in 1882, after observing chains being used to cut stone blocks in a quarry. Shortly after receiving their French patent in 1878, the inventors also received a British patent in 1879.

The Guycot pistol has a capacity of 40 cartridges and the Guycot rifle can hold 80 cartridges. Compared to their competitors during that era, the Colt revolver (holds 6 cartridges) and the Henry rifle (which can only hold 16 cartridges), the Guycot pistol and rifle have a huge advantage in capacity. However, they never really caught on for some reason either.

There were also other similar chain gun patents from that era. 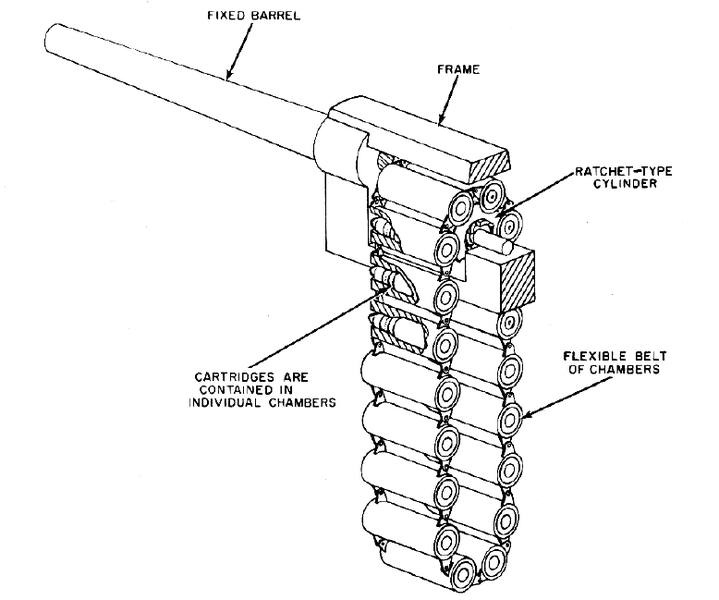 Mechanism of a "Bicycle chain" gun from a 19th century patent. Click on the image to enlarge. Public domain image.

The above image is from a 19th century patent for a handgun.

In spite of having larger capacities than other firearm types of that era, chain guns didn't sell very well as personal defense weapons because of the inconvenience of the loose belt hanging out of the firearm. However, they are well suited for machine guns, which hadn't been invented yet. In our next post, we will look at some modern chain guns.