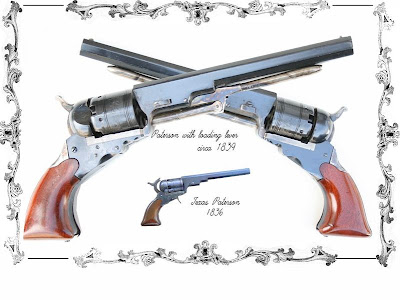 With the advent of percussion cap revolvers, such as the Colt Paterson models pictured above, most people loaded their revolvers from paper cartridges exclusively. The paper cartridges were therefore modified a bit to take advantage of these new developments in firearms.

In the picture above, note that the two Colt Paterson 1839 model revolvers have a loading lever under the barrel, whereas the 1836 model doesn't have this feature. We will see how that is used with the cartridges that we will study today. 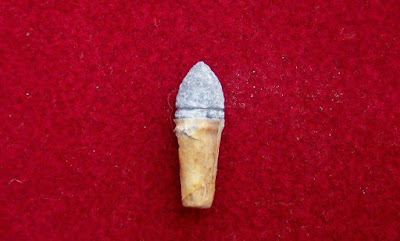 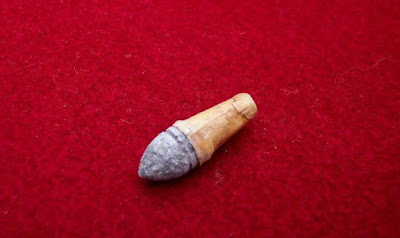 Paper cartridges for a .36 caliber Colt revolver.; Click on the image to enlarge

One more innovation made to these cartridges was to the paper material as well. In order to make the ignition of the powder more reliable, the paper was treated with chemicals to make it burn better. This paper is called nitrated paper, as it is manufactured by soaking it in a solution of potassium nitrate and then drying it. This treatment makes the paper much more flammable than ordinary paper. Such cartridges are called combustible cartridges, because the paper burns almost completely upon ignition. A properly nitrated paper leaves behind less ash and residue, thereby making it easier to clean and reload the weapon.

Another formula for making combustible paper used a solution of nitric and sulfuric acids and was used by both Colt Manufacturing and Dow Chemicals, as well as some other manufacturers in the 1800s. These are essentially the same chemicals used to produce guncotton, which we had studied a few years before. Paper that is treated this way is called flash paper. This paper also burns quickly and leaves very little ash behind, but it is much more unstable than nitrated paper, and in the early days, it was also prone to spontaneous combustion. This is why flash paper did not gain much popularity in the firearms industry. These days, the only people using flash paper are magicians, who use it to produce spectacular flames when performing magic tricks.

With the advent of metallic cartridge technologies, the use of paper cartridges started to reduce. However, there are still some applications for which paper is used. For instance, until about 1960 or so, many shotgun shells were made of paper bodies, with a brass base and rim. The reason for this was because it was cheaper and easier to make the body out of paper than to make the entire shotgun shell out of brass. Around 1960, shotgun shells started to use plastic bodies instead of paper, and a majority of modern shotshells today make use of plastic. Nevertheless, it is still possible to buy paper shotshells even today. 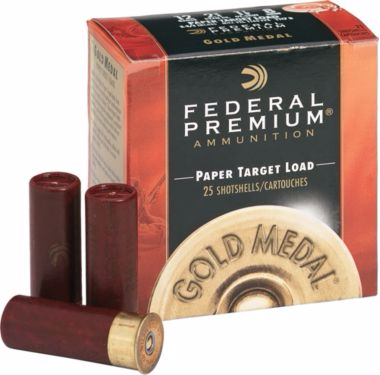 The bodies of these cartridges are made of a cardboard paper and are coated with wax to provide some resistance to moisture. They aren't as common as they were back before 1960, but there are still some manufacturers making them.