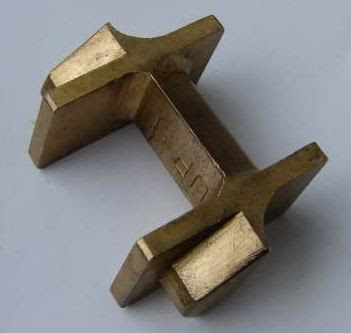 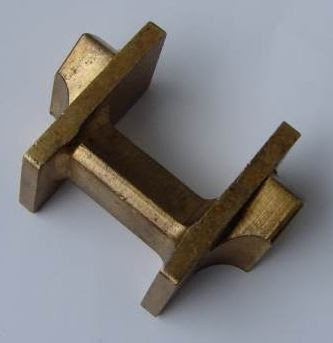 Two views of the Blish lock (note the brass content). Note the wedges along the center and the sides of the H shaped lock. 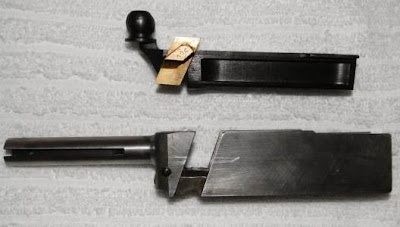 Tommy Gun with rotary drum magazine
The Tommy gun was initially marketed to the police. The improved model M1921 was also offered for sale to the general public. It was a very finely machined weapon with high quality components and consequently commanded a high sale price of $200 (for contrast, a Ford car of that era cost only $400). It really came into the public eye during the Prohibition era, when both gangsters and law enforcement began to heavily use it. It acquired such nicknames as the "Tommy Gun", "Chicago Piano", "Typewriter", "Chicago Typewriter", "Chopper", "Broom" etc. Due to its notoriety, it was the main reason for the passage of the National Firearms Act of 1934 in the US. It was also used by the US marines in several smaller conflict and was adopted by the US military in 1938. It was used in World War II, Korea, Vietnam and beyond. It still turns up in some present day conflicts occasionally, such as the Bosnian war of the 1990s.
Posted by The Editor at 11:22 PM